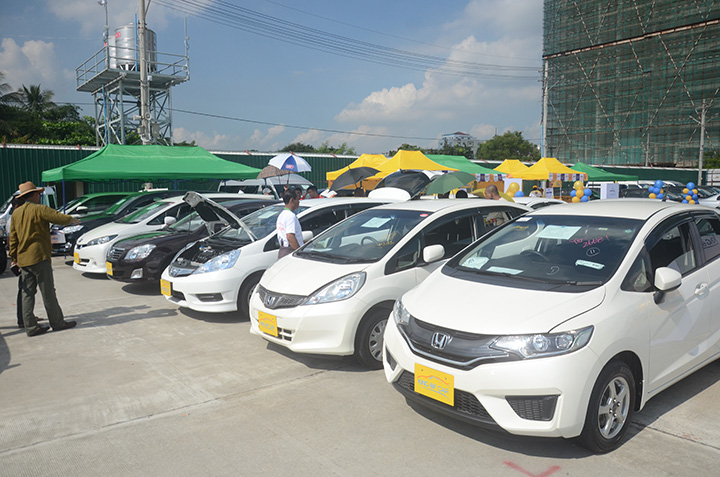 Following coronavirus spread in March in Myanmar, the automotive industry was crashed tremendously, leading to a sharp drop in automobile sales, said car dealers.
The auto sales drastically dropped in April-end after the government has imposed a restriction period for events.
In the second week of May, cars valued below K20 million were slightly demanded. However, the auto market is still cool. The cars are sold K1 to 3 million lower than the market price depending on types of cars, according to the Yangon car market. The Road and Transport Administration Department (RTAD) has started issuing slips (import permits) to owners of modified cars, with changed body coaches. Normally, the slipping price drops if more modified vehicles are de-registered at the RTAD.
The RTAD has also urged the current owners of vehicles to get the ownership transferred in their name within one year, as the transfer of ownership of vehicles valued below K100 million will attract a tax of just 3 per cent compared to 15 per cent earlier. With a fall in slip prices and tax relief for transfer of car ownership, the dealers engaged in the automotive industry are expecting the recovery of the market after the reopening of schools, said the car dealers. —Ko Khant (Translated by Ei Myat Mon)