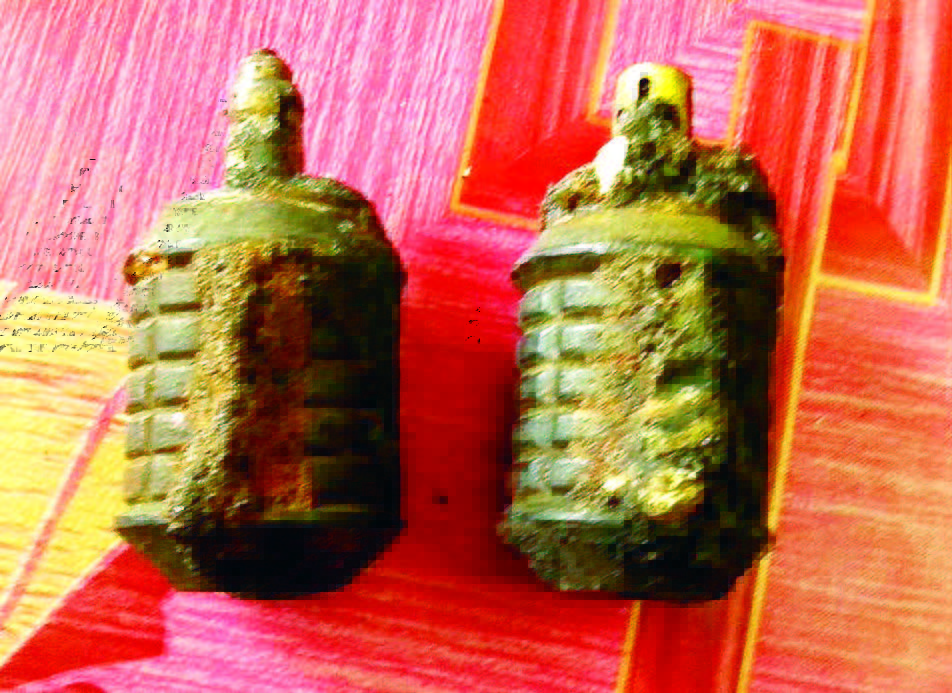 TWO World War II-era bombs were found in the Ayeyawady River by a group of river stone collectors in Magway Region on Friday morning, according to police.
The collectors, led by U Kyaw Kyaw Oo, owner of the river stone collecting firm,found the old bombs among the stones they sucked from the Ayeyawady River near Taunggyi Pagoda in
Phalone Village, Minbu Township.
U Kyaw Kyaw Oo reported the findings to the ward administrator and local police.
According to a police report, each bomb is 3.8 inches long and 2 inches in diameter, and both are thought to have been manufactured during the WWII period. Police said the bombs are not dangerous.