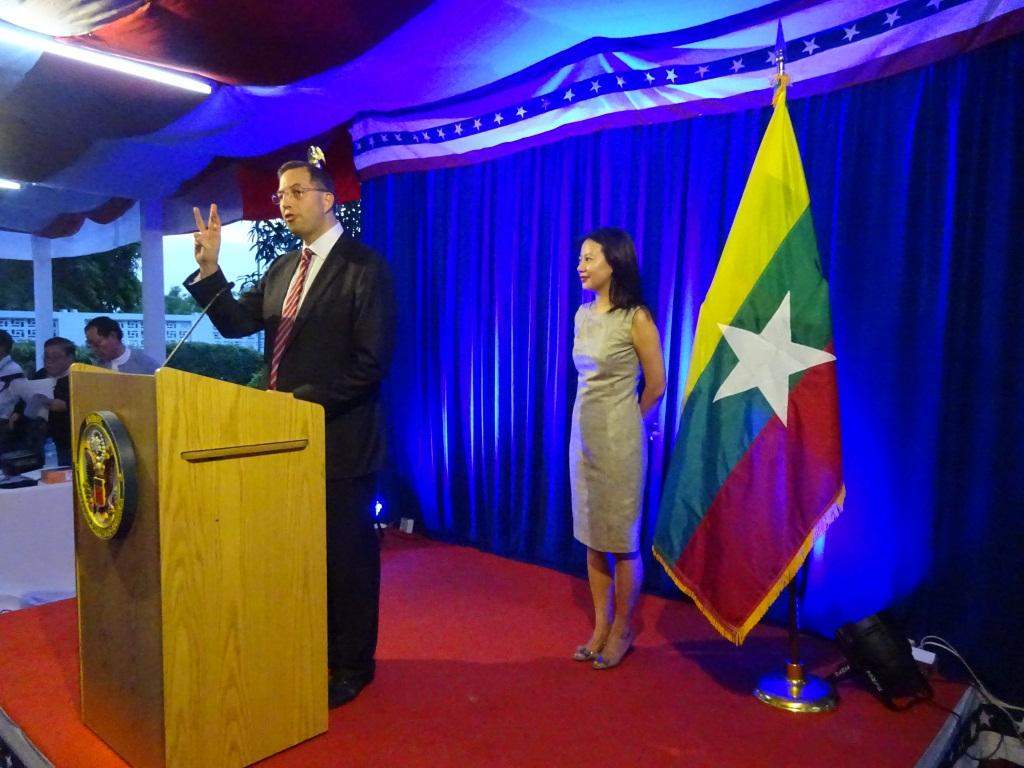 U.S. Ambassador to Myanmar Mr Derek Mitchell hosted an Independence Day event and dinner at the U.S. Embassy information branch in Chanayethazan Township on 23 June.
Speaker of Mandalay Region Hluttaw U Win Maung, Region Minister for Social Affairs Dr Win Hlaing, officials of political parties and social organizations, rectors and media joined the gathering, held ahead of the 239th U.S. Independence Day on 4 July. The ceremony opened with the national anthems of the Republic of the Union of Myanmar the United States of America. After delivering an address, Mr. Mitchell and his wife hosted the dinner.–Thiha Ko Ko (Mandalay)