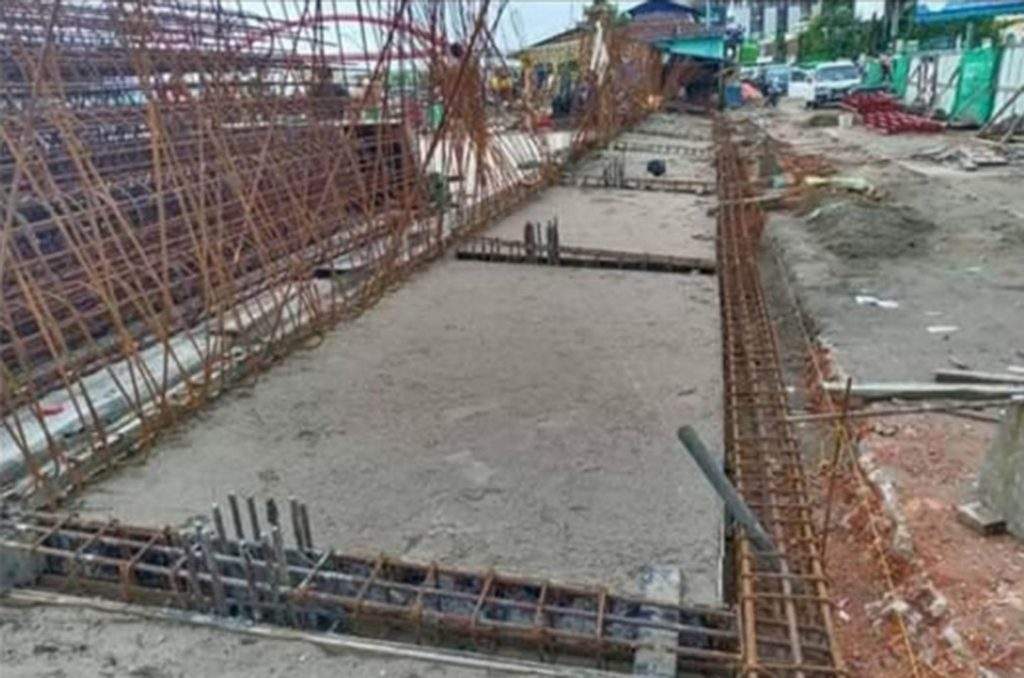 A line of concrete foundation is seen at Pathein jetty upgrade project i. photo: Myint Maung

The upgrade of the main jetty of Pathein town in Ayeyawady Region has finished 91 per cent and the construction is slated to complete in July-end, said U Sein Lwin, head of Directorate of Water Resources and Improvement of River Systems (DWIR).

“The project was allocated K922.3 million from the allowed budget of Ayeyawady Region government and supplementary funding of K233 million. The project is scheduled to finish at the end of July. The jetty will stand at 480 feet, with an extension of 90 feet from the original length of 390 feet, he said.

Family Nest Co., Ltd won the tender to construct the extended Pathein Jetty. The construction started on 28 December 2019 and the work is planned to complete in July-end 2020.

Pathein Jetty is pivotal in the transportation of local goods to other regions and states. Upon the completion of the project, it will facilitate the shipment of fishery and agro products of the region.  — Myint Maung (Translated by Ei Myat Mon)