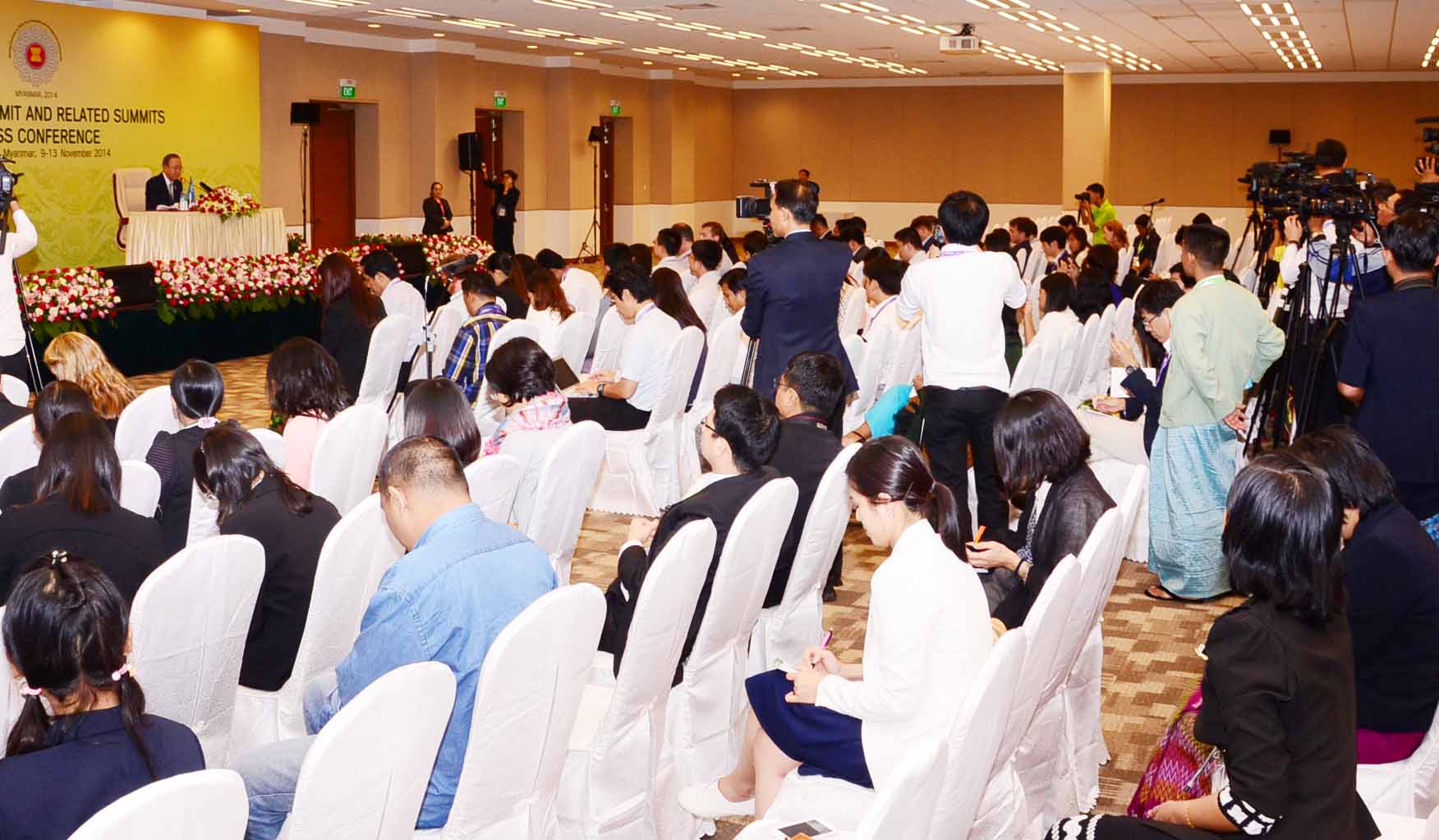 UN Secretary General Ban Ki-moon, attending the 6th ASEAN-UN Summit held a press conference at the Myanmar International Convention Centre in Nay Pyi Taw on Wednesday evening.
At the press conference, the secretary general said that he was proud of Myanmar for successfully holding the 6th ASEAN-UN Summit and 9th East Asia Summit and commitments were made for cooperation with ASEAN leaders amid challenges around the world.
He added that regional issues including those of Myanmar were discussed and he expressed his wish for free and fair elections in 2015 in Myanmar, saying that settlement of conflicts through dialogues is a better option.
Then, he said that he was satisfied with the reform process of Myanmar and there are further steps to be taken in the process.
He also urged Myanmar to accelerate humanitarian tasks in Rakhine State, placing emphasis on protection of minority rights there and the international community to participate more actively in the fight against terrorism and the epidemic disease in West Africa.
The ASEAN and East Asia countries, where about a half of the world’s population reside, should take advantage of that to promote regional stability and democracy and human rights, the secretary general said.
In conclusion, he advised Myanmar to continue cooperation with international organizations in humanitarian tasks in Rakhine State.