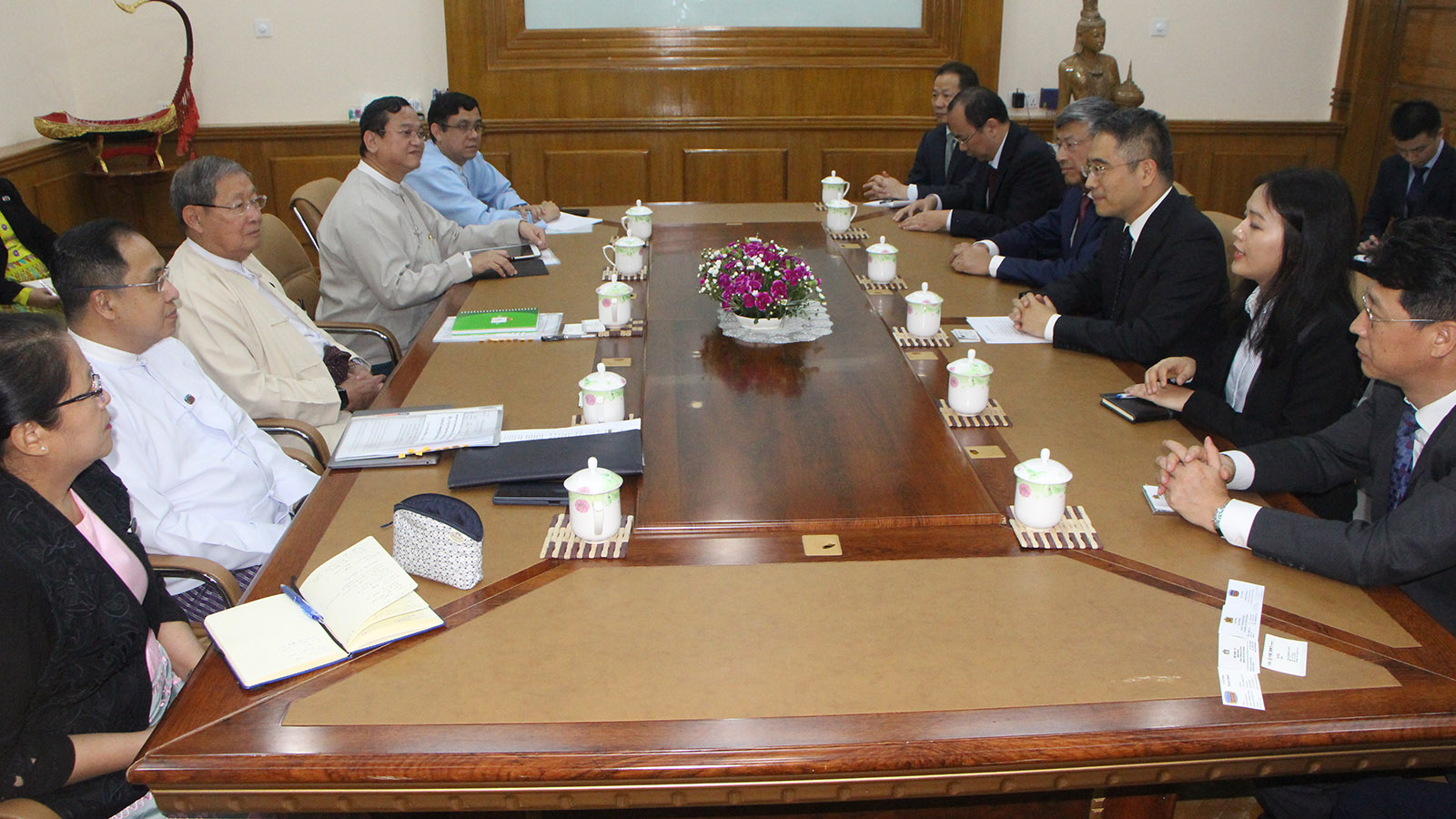 Union Minister for Planning and Finance U Soe Win separately received the President of the Industrial and Commercial Bank of China (ICBC), Mr Gu Shu, and the Vice President of the China Railway Construction Corporation (CRCC), Mr Wang Wenzhong, at his office in Nay Pyi Taw yesterday.
During the meeting with the ICBC President, the Union Minister discussed China-Myanmar economic cooperation, ICBC’s financial support to Myanmar’s state-owned banks, opening ICBC branches in Yangon and other major cities, and gathering ICBC’s support for developing the bond market in Myanmar’s economy and investments.
During the meeting with the CRCC Vice President, the Union Minister discussed CRCC’s involvement in developing Myanmar’s infrastructure, constructing the Yangon-Dala Bridge project and the water treatment plant for distributing water from Paung Laung reservoir to Nay Pyi Taw and the surrounding area. — MNA
(Translated by Zaw Htet Oo)