THE Union Peace Conference-21st Century Panglong continued for the second day at MICC-2 yesterday with discussion of delegates to the conference. Following are the excerpts of the discussion at the morning session of the conference.

Speaking as a member of the panel of chairmen, Padoh Saw Kwae Htoo Win said that the attendees will submit the attitude of their respective parties and organisations regarding matters related to the unity, peace, national reconciliation and construction of future Myanmar, that in so doing, their experiences will be different and their aspirations for the future will not be one and the same and that the future of Myanmar has to be built based on unity within diversity and peace.
Afterwards, the delegates expressed their opinions and attitudes. First, Union minister U Khaw Tint Swe, in his capacity as the vice chairman 1 of the 21st century Panglong convention central committee, said that not only during the period of changes in Myanmar’s international security policy but also in the post policy changes period, there shall be the same bases, that co-operation with neighbours for border security is important, that Myanmar’s co-operation will be enhanced for global security, that Myanmar will participate in UN’s peace-keeping activities, that national security policy is needed to be based on democracy with the rule of law as a pillar, that it is needed to enshrine in the constitution the rights of a democratically elected government in order that the national security policy will be based on democracy and that civilian participation in implementation of natural defence and security is to be promoted.
He added that civilian-military co-operation is to be enhanced to be able to strengthen integrated security mechanism, that disarmament, abolition of armed groups and reunification are prerequisites to a peace process, that reintegration of those who were armed previously is needed to serve in the interest of their nation and their people, that peace and sustainable development are intertwined and that the armed conflicts are hindrances to the socio-economic development.
In our building of peace, he said, mere cessation of wars and conflicts is not enough. We need to ensure a long enduring peace and security. We also need to manage resource sharing and profit sharing in an equitabe manner. 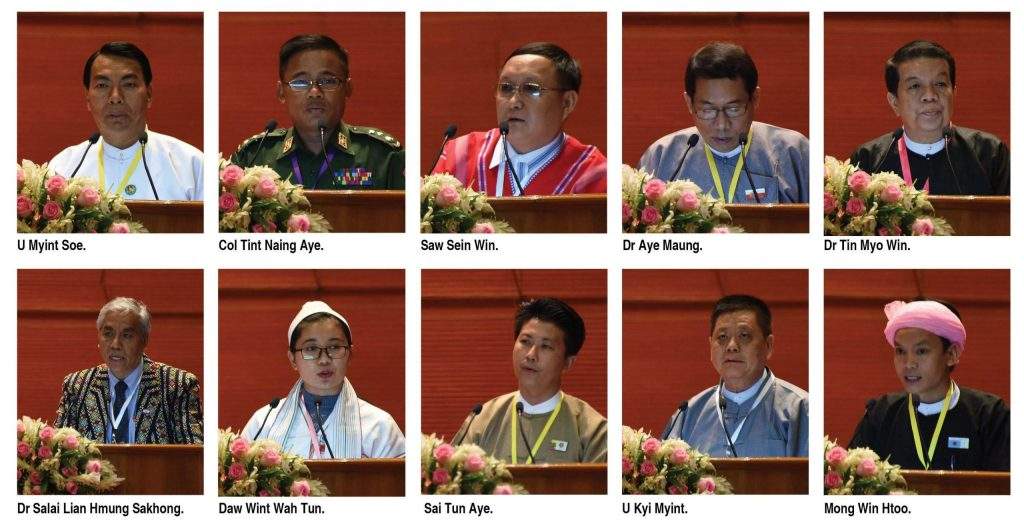