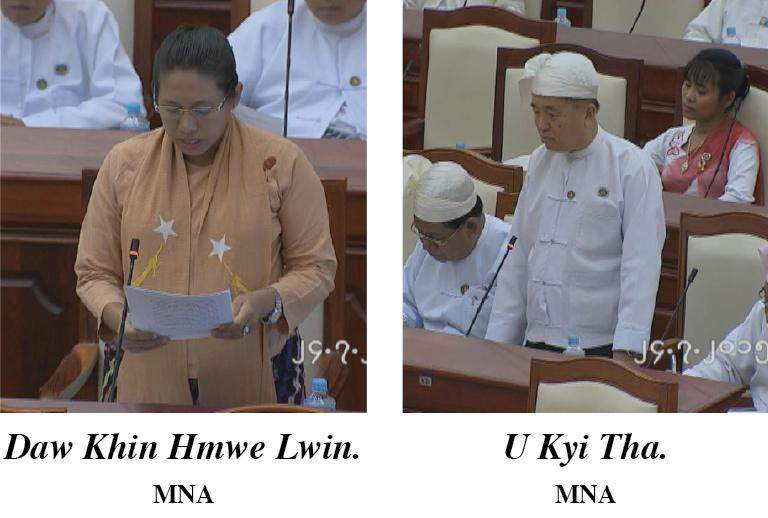 Nay Pyi Taw, 24 July — People with temporary National Registration Cards will not be allowed to vote in the 8 November general election, U Myint Naing of the Union Election Commission told the Pyithu Hluttaw on Friday, in response to a query about differences in rules between the upcoming ballot and the 2010 vote.
The electoral register for early voting has been posted in offices of UEC sub-commissions, he said, affirming measures to ensure that a person cannot vote twice.
The 2010 election lacked accurate records of people eligible for early voting, he added.
U Kyi Tha of the Gwa constituency called for improved record keeping for rural farmlands that belong to the Union of Myanmar Economic Holdings Ltd.
Deputy Minister of Agriculture and Irrigation U Ohn Than responded that the Settlement and Land Record Department is making efforts to digitalize a map of farmlands and fields so as to provide accurate data on land use. The Pyithu Hluttaw approved the banks and financial institutions bill submitted by the Central Bank of Myanmar.—MNA