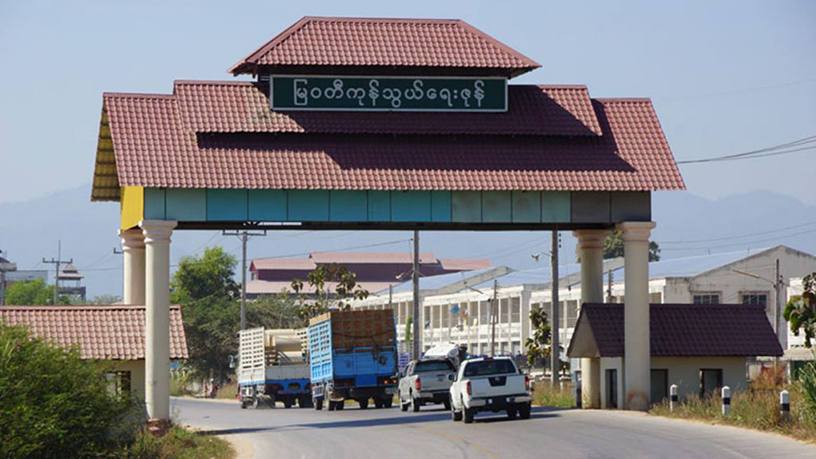 The value of border trade reached US$5.97 billion between 1 October and 17 April this fiscal year, recording an increase of $262 million compared with the same period last FY, according to MoC figures.
The total border trade value, as of 17 April this FY, included $3.96 billion in exports and $2.01 billion in imports. Compared with the last FY, the export earnings declined by $178 million, while the import value increased by $441 million. This time last year, the border trade was valued at $5.7 billion.
Myanmar conducts border trade with China through Muse, Lwejel, Kampaiti, Chinshwehaw and Kengtung borders. The country carries out border trade with Thailand through Tachilek, Myawady, Kawthaung, Myeik, Hteekhee, Mawtaung and Maese borders. The cross-border trade camps between Myanmar and Bangladesh are Sittway and Maungtaw, whereas the country trades directly with India via the Tamu and Reed borders. Among all the crossings, the Muse border sees the largest volume and value of border trade, with an estimated value of more than $2.73 billion this FY, followed by Hteekhee with $1.1 billion and Myawady with $672 million.
Myanmar mainly exports agricultural products, animal products, as well as forest products, minerals, fishery products and manufactured goods, among other things, while capital goods, raw industrial materials and consumer products are imported into the country. —Zwe (Translated by Hay Mar)