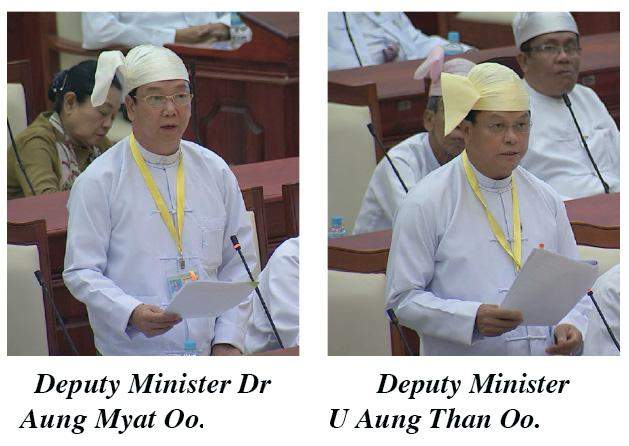 Generating electricity from the sea or tidal waves is only suitable for areas that do not have other access to electricity or power grids, Deputy Minister for Electric Power U Aung Than Oo said at the Pyithu Hluttaw Session on Tuesday.
The deputy minister was responding to the question of a representative who asked whether the government has any plans to generate electricity from tidal waves.
In addition, generating electricity from tidal waves needs a large amount of investment and is uneconomical, the deputy minister said, before concluding that the government has no plans to generate electricity from the sea.
Another question replied at today’s session related to construction of a rural development road which contributes to 30 villages, 2,125 families and 10,147 people.
Deputy Minister for Livestock, Fisheries and Rural Development Dr Aung Myat Oo said that the budget for construction of the road did not include in 2015-16 fiscal year and the ministry has no plans to build the road at the moment.
Pyithu Hluttaw Session today approved the bill amending the penal code and the bill amending the election of the president and vice presidents was submitted at the session.