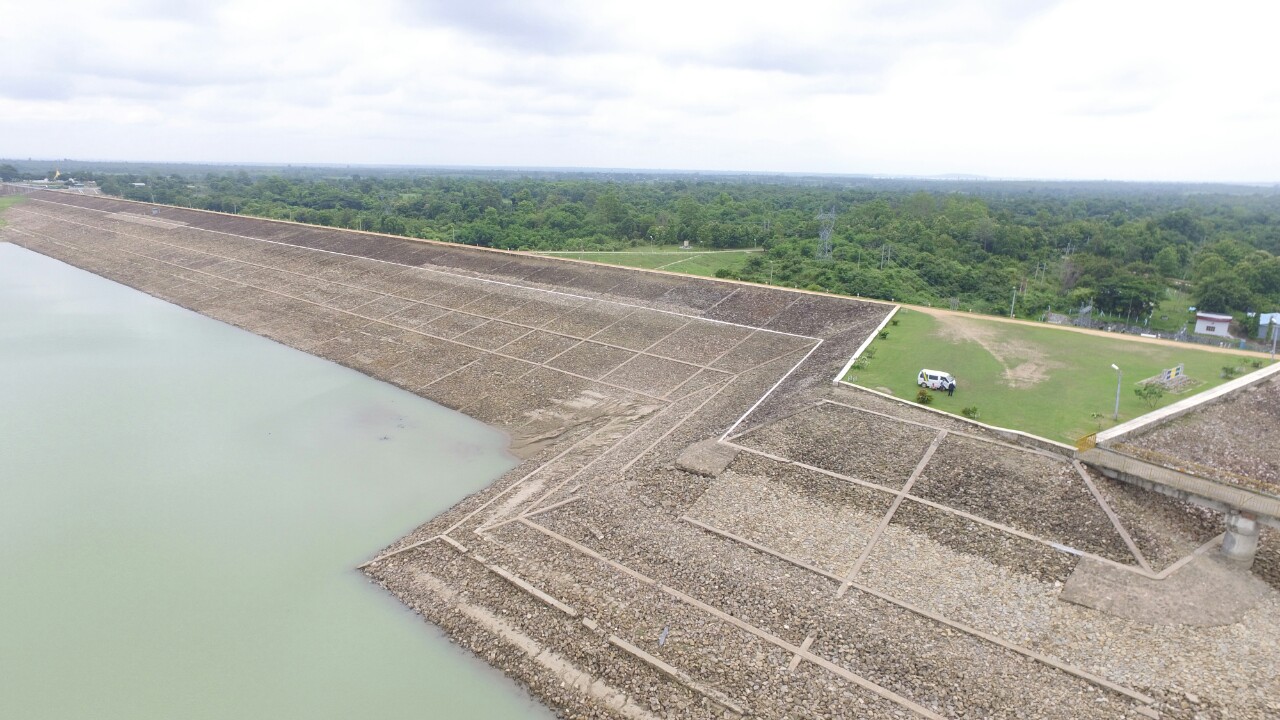 Thaphanseik Dam in Kyunhla Township, Kantbalu District, Sagaing Region, faced the lowest water levels in 18 years, according to U Ye Myat Tun, Assistant Director of the Irrigation and Water Management Department in
Shwebo.
The dam, which has a storage capacity of 2.8 million acres and a catchment area of 491,687 acres, has stored about 518,000 acres of water, through 30 August this year.
Since the end of June, the local Irrigation Department has announced that farmers in the catchment areas can use the irrigation water and supply water for their farmlands.
The dam faced similar low water levels in 2004.
Work on construction of the dam started in 1996 and was completed in 2001.
The dam is the longest earthen type dam in Myanmar.
With an area of 106,200 acres, the dam is 22 miles long, from north to west, and 12 miles long from east to west.
Over 70 villagers were relocated when the dam was built. ­—Moe Thauk (Shwe Bo) (Translated by Kyaw Zin Lin)