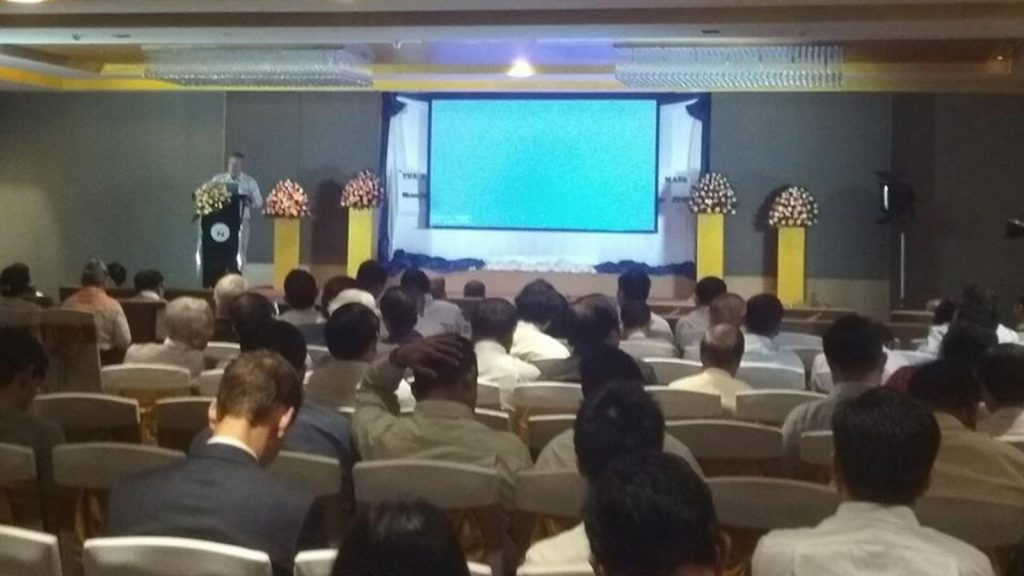 A discussion to shed light on the fake news reports on Rakhine State circulating in international media was held at Novotel Hotel in Yangon at 8 am yesterday.
The talks was primarily facilitated by Thayninga Institute for Strategic Studies (TISS) and held under the title ‘The Hidden Reality of Rakhine Situation Behind The Media Mask”.
Founder and Executive Director of TISS Dr. Naing Swe Oo delivered the opening speech, followed by a video-accompanied presentation by Mr. Rick Heizman, an observer of the situation in Rakhine State, and an explanation by U Maung Maung Nyein from the Joint Monitoring Committee of the Nationwide Ceasefire Agreement on field observations conducted in Maungtaw District.
In his opening speech, Dr. Naing Swe Oo said international media has been reporting false news regarding Maungtaw District. He said there are experts who have conducted field observation and have acquired correct information and he hopes it will be relayed in the day’s discussion.
U Maung Maung Nyein said he has read internationally written news on Maungtaw District and reports from international organizations as well. He said he travelled to Maungtaw District and discovered the true situation there. He said the situation portrayed by international media and organizations is very different from the actual reality, and that he is here to discuss what these differences are.
It was discovered in yesterday’s discussion that TISS submitted amicus curiae (Friend of the Court) observations concerning Rakhine State to the International Criminal Court – ICC on 26 July of this year, but the appeal was rejected.
TISS Executive Director U Thein Tun Oo said that if issues are not addressed then the influence of western media can make our truth wrong. He said the ICC did not accept international reports submitted to them.
TISS states that within this year they have travelled to the villages in Maungtaw and Buthidaung Districts in Rakhine State that suffered terrorist attacks in 2016 and 2017 and interviewed the local Rakhine, Bamar, Mro ethnic nationals and the Hindus and Muslims regarding the terrorist attacks.
U Thein Tun Oo also said there were no problems between the communities that had always lived together. He said the situation looks like convicts from Bangladesh escaped into Myanmar and began predominating the area. He added that information like this needs to be delivered clearly to the world. —Min Thit (MNA)