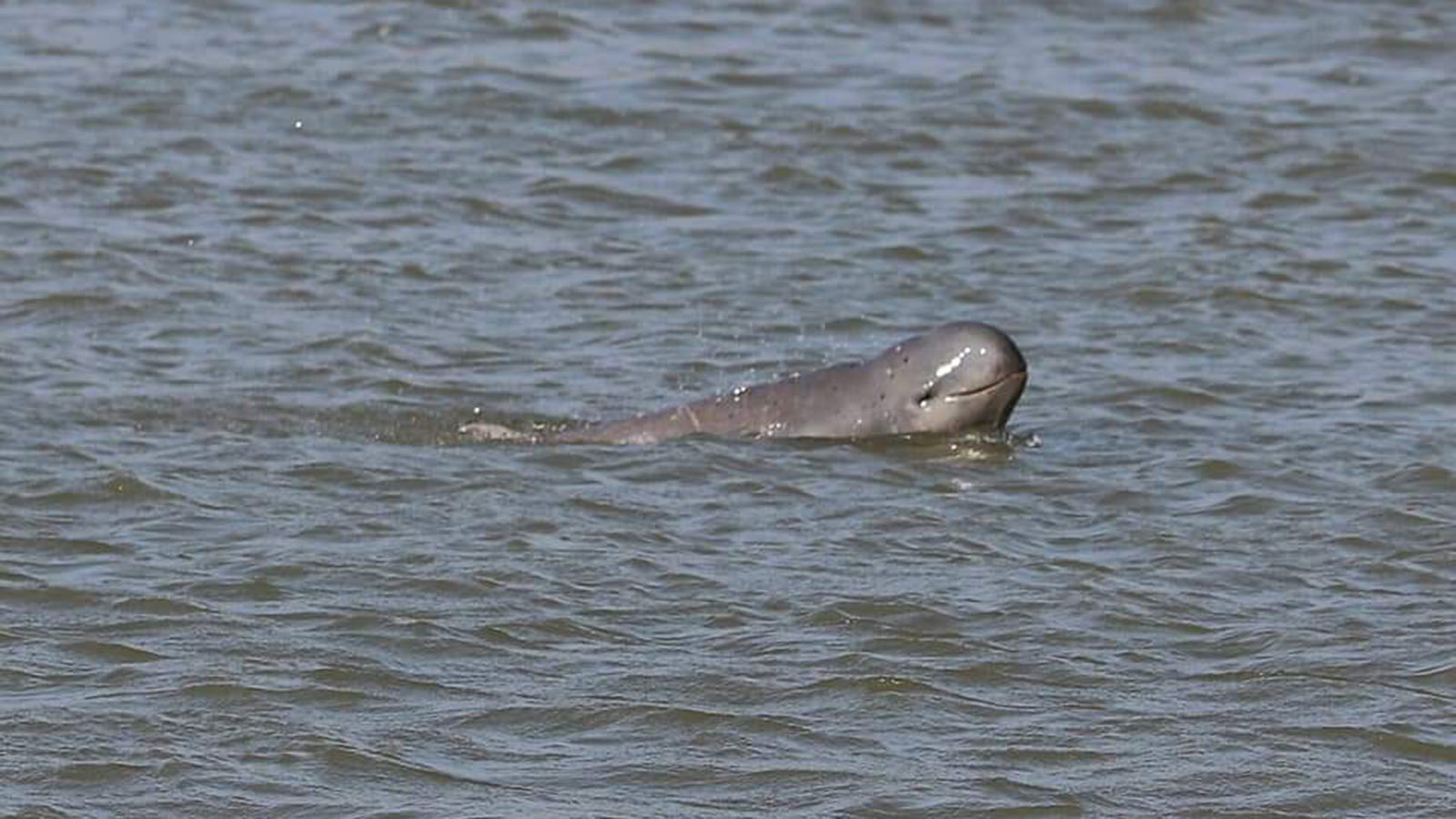 A survey conducted from 10 to 20 February in the Ayeyawady River between Mandalay and Bhamo has put the population of Ayeyawady dolphins at 79, a record increase that points to the success of conservation efforts, said U Han Win, officer in-charge of Ayeyawady Dolphin Conservation as well as deputy head of the Fisheries Department.
The population of Ayeyawady dolphins has been recorded every year since 2002. The 2002 survey recorded 72 dolphins, while the survey in 2018 found 76 dolphins in the river. The survey this year has found 79 dolphins, which is the highest number on record, he said.
“The Ayeyawady dolphin survey was started in 2002. A total of 72 dolphins were found from 2004 to 2010. In 2018, 76 dolphins were found. However, the survey also recorded dolphin deaths. So, only 72 live dolphins were counted in 2018, while the rest were found dead. This year, the survey found 79 dolphins between Mandalay and Bhamo, which is a record high. The increase in dolphin numbers can be attributed to awareness courses on Ayeyawady dolphin conservation and patrols that cracked down on battery-shock fishing,” he said.
“This year, the Fisheries Department and the Wildlife Conservation Society (WCS) of Myanmar conducted the population survey of the Ayeyawady dolphins with the Myanmar Maritime Police. They jointly conducted the survey and held training courses to raise awareness about dolphin conservation. They also seized items related to battery-shock fishing during the survey,” he added.
“This survey didn’t face any challenges. We found more dolphins than we expected. Last year saw a lower rate of dolphin mortality and dolphin calves, too. We expected to find only 75 dolphins. However, to our surprise, we counted 79 dolphins,” said U Kyaw Hla Thein, project manager, WCS. The Ayeyawady dolphins give birth to only one calf every three years. —Khine Satt Wai (Translated by Hay Mar)