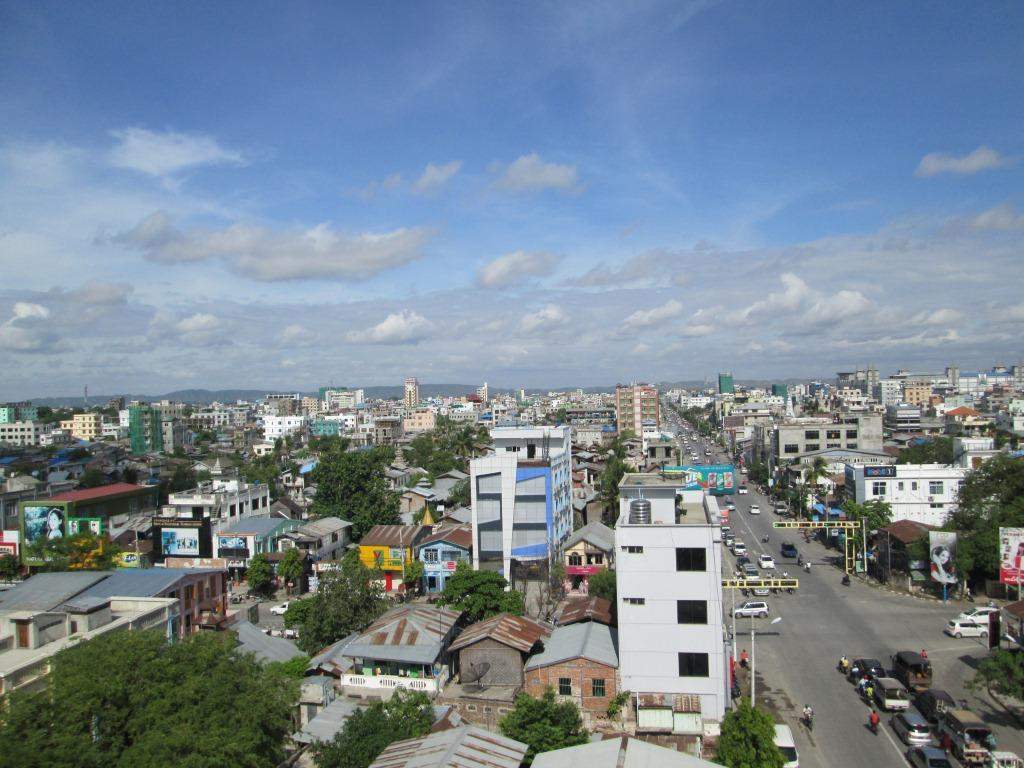 Mandalay, 26 Oct — The local authorities construct new roads and upgrade the local roads in satellite towns of Mandalay, prices of land plots and housings are higher day by day.
The Mandalay City Development Committee sells low-cost housings around 48th street in Myayi Nanda new ward in Chanmyathazi Township. As a result, the land plots around the area surged to about K100 million. Thanks to construction of the gravel-filled retaining walls of Panyan Creek, construction of Kanthaya 58th street and 59th streets, the urban is now free from flood, with the increase of the price of land plots to K350 million on Aung San Street and K150 million to K200 million.
As rural development tasks are being undertaken in Thinpangon ward of Pyigyidagun Township, prices of land plots rose to K150 million. Likewise, land plots along Yaw Mingyi Street in industrial city reached K500 million and the plots in the streets K200 million. Thiha Ko Ko (Mandalay)