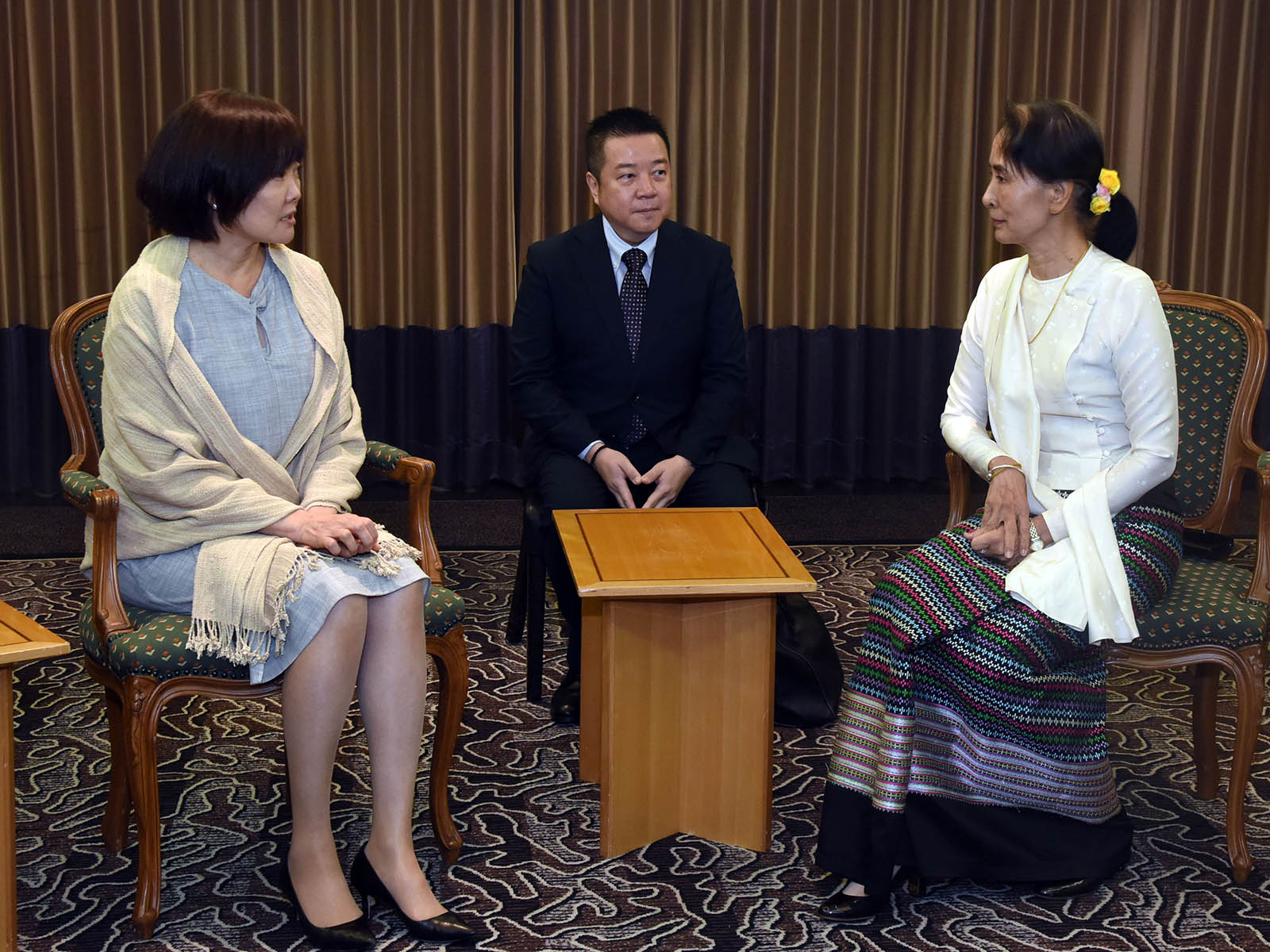 Afterwards, the State Counsellor met with JETRO Chairman and CEO Mr. Hiroyuki Ishige in Meiji Kinenkan. In the meeting Mr. Hiroyuki Ishige gave a briefing about the support being given by JETRO to Japanese businesses investing in Myanmar, Japanese companies investing in agriculture, forest and aquatic sectors of Myanmar where there are many good prospects. Of the close to 100 businesses in the Thilawa Economic Zone that created over 10,000 jobs, more than half are from Japan. Due to the enactment of a new investment law in Myanmar, it has become easier to invest in Myanmar and the investment amount from Japan has reached record levels in 2017.
They also discussed about Japan and Myanmar at the moment cooperating to plant Japonica rice in Myanmar and to export to a third country and of making more efforts towards putting in more investment in Myanmar as she has good prospects in the Asia region.
Present at the meetings were Union Ministers U Thaung Tun and U Kyaw Tin, Deputy Ministers U Min Thu and U Set Aung, Myanmar Ambassador to Japan U Thurein Thant Zin, Ambassador of Japan to Myanmar Mr. Ichiro Maruyama and officials. Later in the evening, the State Counsellor received Mrs. Akie Abe, wife of the Japanese PM, at Hotel New Otani Tokyo, in Tokyo. — MNA