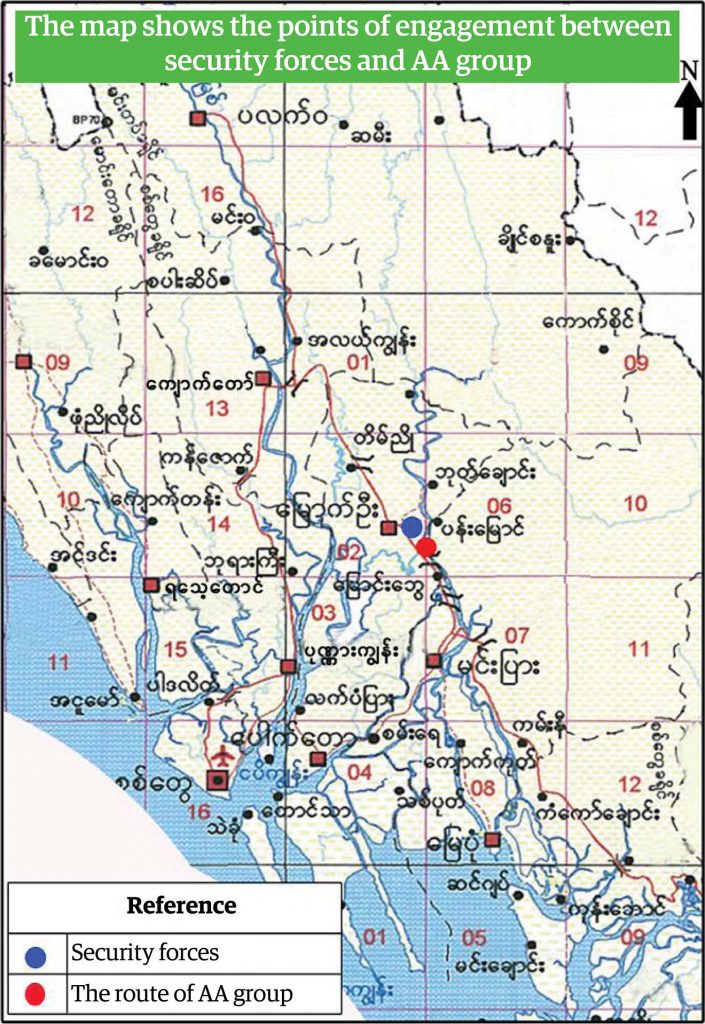 Soldiers at a regional military headquarters near MraukU opened fire and drove off an approaching AA group trying to attack at about 4 a.m. yesterday morning.
Later in the morning, security personnel pursuing the AA group found a dead member of the AA group with a grenade and an improvised explosive device made with a plastic pipe, along with ammunition and other items.
The AA group was laying mines and continuously sniping around MraukU town and its vicinity. In response, security personnel, in cooperation with local town, ward and village administrations, and the local populace, were conducting regional stability and security works, according to news released by the Tatmadaw Commander-in-Chief’s Office. — MNA (Translated by Zaw Min)