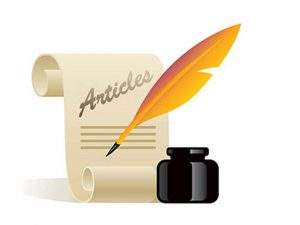 By U KHIN MAUNG (A retired diplomat)

Please allow me, first, to present to you the significant terms and their meaning in international law, although international law and diplomacy are closely connected and collaborated. Why? Simply because “diplomatic relations between states are established by friendly contacts of any form between governments”. And when talking about states, states are the political entities which fulfill the essential ingredients to gain recognition as a state by other states. To mention in brief; the state, as a subject of international law, should or must have the following qualifications:
A permanent population.
A well-defined territory.
Government with sovereignty and independence.
capacity to perform international obligations.
Capacity to enter into relations with other states.
In essence, to achieve the status of a state,  a state must have fulfilled all the essential ingredients, as prescribed by international law so as to become a member in the family of nations or in other words, eligible to become a member in the United Nations Organization. And all states, rich or poor, big or small are equal under international law.
Myanmar, our homeland, is not a big state. And yet, Myanmar has made history by formulating historic principles jointly with the two big neighbours, namely China and India. These principles are the Five Principles of Peaceful Coexistence. If my memory serves me correct, these principles were formulated and propagated by Myanmar, China and India in 1954, when the cold war between the two super-powers, the United States of America representing the capitalist bloc, and Soviet Union representing the communist bloc, was at its height and climax. Our present government celebrated the sixtieth anniversary of proclamation of these five principles of peaceful co-existence in 2014. These “Five Principles of Peaceful Coexistence” are reproduced as follows:
Mutual respect for each other’s territorial integrity and sovereignty.
Mutual non-aggression
Mutual non-interference in each other’s internal affairs.
Equality and mutual benefit.
Peaceful co-existence and peaceful settlement of disputes.
Well, now, he significant terms and their meanings in international law are mentioned below:
(1)     Accession is a noun of verb. “accede” meaning to agree or consent to enter a treaty or accord.  It is the absolute or conditional acceptance by one or several nations of a treaty, already concluded between other sovereign states.
(2)     Accord: (n/concord; (n/concordat: (n)
Each term means an amicable agreement between
parties, especially between people or nations. Each
term also means compact or treaty.
“Accord” means a treaty of peace signed between
two or more states.
Accord is the less formal word and the more
frequently used term today.
“Concord” is a formal word meaning “an amicable
arrangement between parties, especially between
peoples or nations”. “Concord” also means
compact; treaty. “Concordat” is an agreement
between “church” and “state”.
(3)    Accredit (v)
Accredit is to supply credentials or authority, authorize.
It also means to appoint as an ambassador to a foreign government.
Accredited is a word meaning officially giving the authority to represent a government in another country.
(4)    Act of God: (n); force majeure (Fr): (n); Vis major (Lat): (n)
Act of God is a common English phrase used in legal writing, referring usually to the destruction caused by forces of nature – like storm, earthquake, tornado, flood, lightning or a forest fire due to natural causes, or which either the arrival or the force, could not have been foreseen or guarded against.
Force majeure is a French equivalent and means literally “a superior force” denoting an event or effect that can be neither anticipated nor controlled.
Vis major is Latin equivalent.
(5)     Ac-qui-esce (Lat): (vi)
Acquiesce means to consent or comply passively or without protest. It is the indication of agreement or consent by permitting things to be done or claims to be made without objection.
(6)     Ad hoc (Lat) : (adj & adv)
Ad hoc is a term meaning “for the specific purpose, for the specific case, for the specific situation at hand”: e.g. ad hoc committee to address the issue of salaries; an ad hoc compensation committee.
(7)    Ad infinitum (Lat) : (adj & adv)
Ad infinitum means “to infinity; having no end”.
Reference: (1)    Significant terms and their meanings in international law and diplomacy. Vol: (1), Ministry of Foreign Affairs.
(2)    Oxford Advanced Learner’s Dictionary.
(3)    Diplomatic Handbook. Ministry of Foreign Affairs.