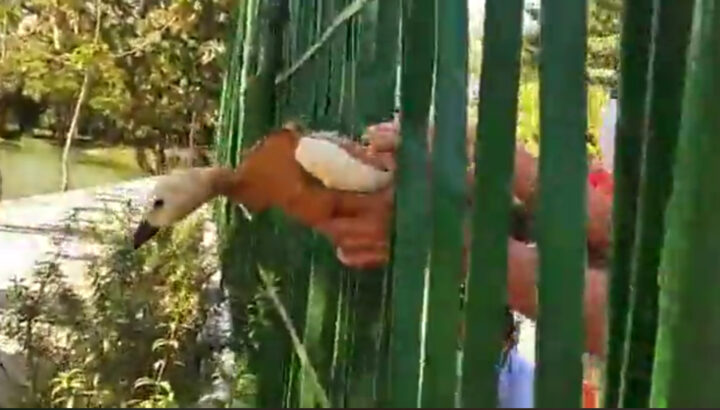 Maung Nyan Lin and family released a total of 14 Hinthas (Ruddy Shelduck, scientific name: Tadorna ferruginea) at Kandawgyi Lake yesterday in Yangon.
“In India, if you catch such a rare bird, you will be sentenced to three years in prison. Now, 14 Hinthas (Ruddy Shelduck) have been released, I bought them from Bago for 30,000 kyats each,” said U Thein Tun, a resident of Pabedan Township, Yangon.
They also released 200 ducks during last weeks at the Kandawgyi Lake. Although there are many rare species of plants and birds at the lake, the water clean-up operation for the water birds has been slow.— Thant Zin Win (Translated by Ei Phyu Phyu Aung)