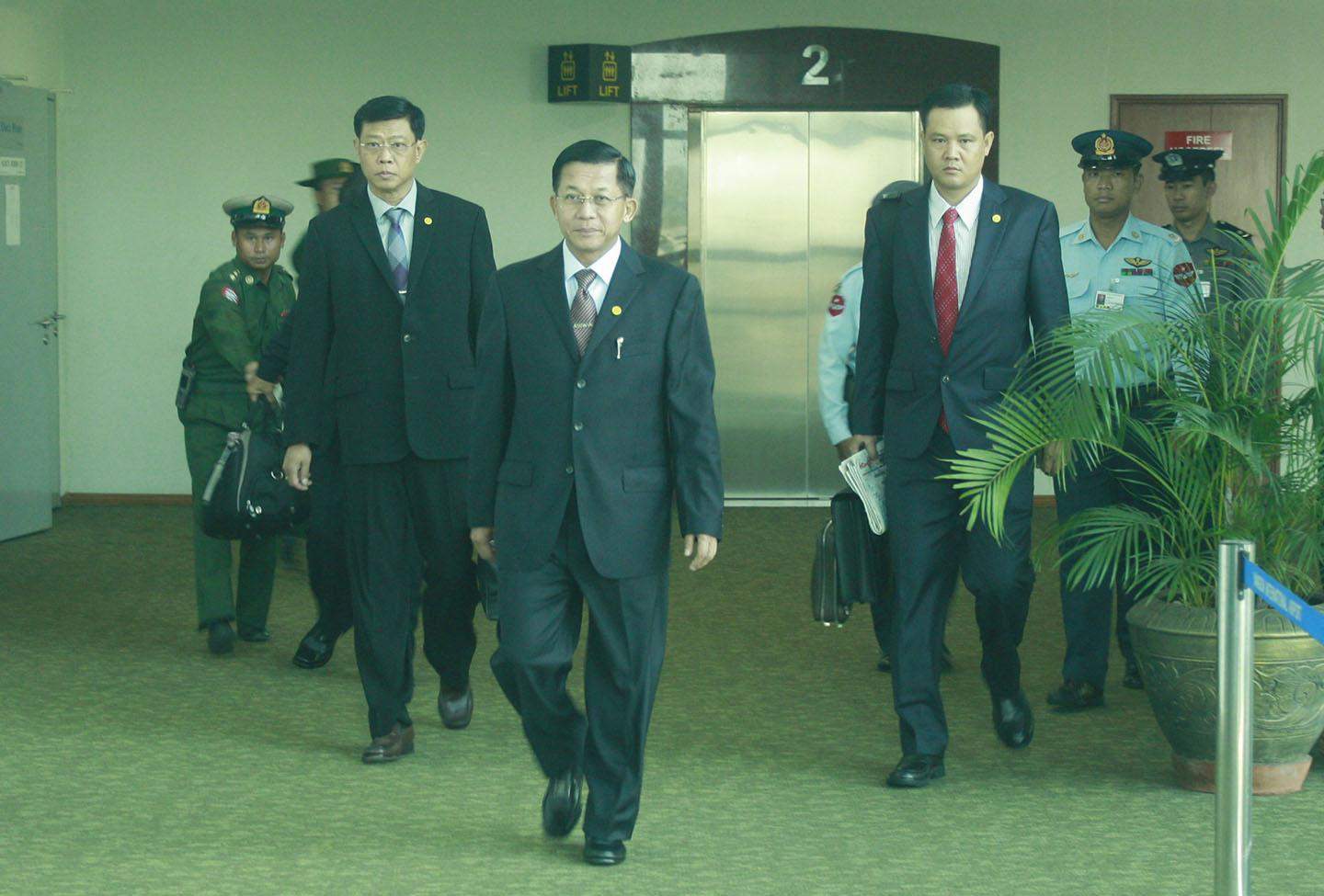 Senior General Min Aung Hlaing, Commander-in-Chief of Defence Services, has paid a friendly visit to Belarus at the invitation of Mr Mikhail Myasnikovich, Prime Minister of the Republic of Belarus, sources said.
A Myanmar delegation led by Senior General Min Aung Hlaing left here for Belarus on Saturday morning, being seen off at the Yangon International Airport by high-ranking military officers of the Yangon Command and departmental officials.
During the visit, Senior General Min Aung Hlaing is expexted to meet Belarusian government and army officials to discuss bilateral cooperation between the two armies, in addition to cultural relations.
Belarus has maintained good relations with the members of the Association of Southeast Asian Nations (ASEAN) and started its diplomatic relations with Myanmar since September 1999.
Belarusian Prime Minister Mr Mikhail Myasnikovich visited Myanmar in December three years ago and signed agreements to cooperate in trade, economy, agriculture and education. —Myawady