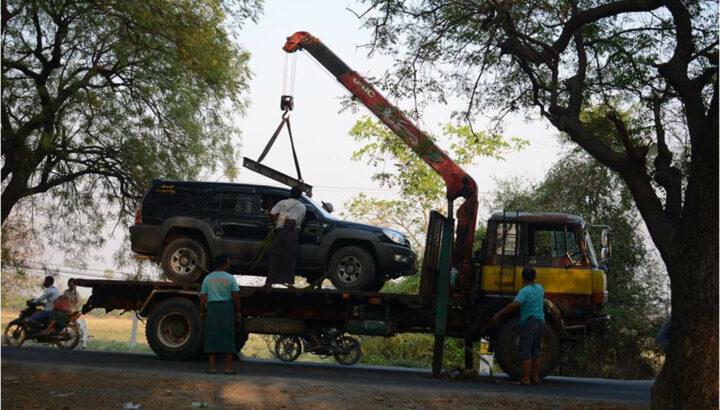 A total of 30 people were killed with 97 others injured in the traffic accidents in Monywa Township in Sagaing Region from 1 January to 22 November 2020, said Police Captain Yin Maung Oo from No 114 Traffic Police Force (Monywa).
There were a total of 74 road accidents reported in Monywa Township. Among them, the motorbike-related accident was recorded with the highest number of casualties with 63 cases reported, according to No 114 Traffic Police Force (Monywa).
“When we look into accidents, most of the cases were related to motorbike accidents. We have already provided the awareness jointly with the ward administrators and social organizations. However, people do not comply enough with traffic rules and regulations. This is the reason why we urge people to follow the traffic rules and regulations,” said the police captain.
Deaths and injuries related to the traffic accidents remain a major concern in Myanmar and they were mostly caused by human error – over-speeding, negligent driving and drowsy driving and others which include defective vehicles and severe weather.
In 2019, a total of 197 road accidents were reported in Monywa, killing 52 and injuring 229 others. Among them, the motorbike related accidents account for 136 cases. —Win Oo (Zayyardine)(Translated by Hay Mar)