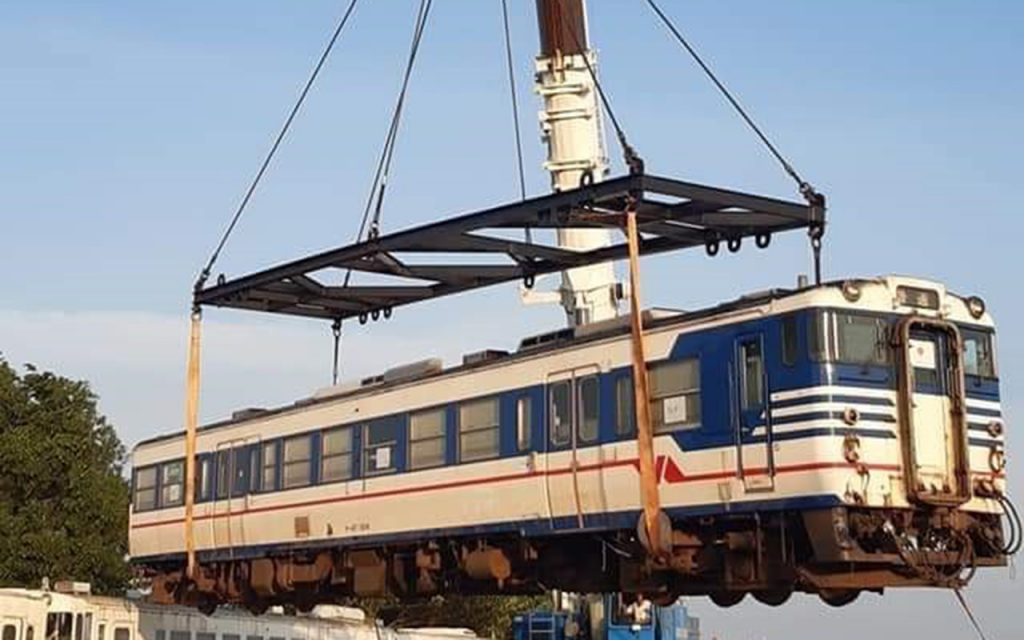 RBE 21 coaches, which were donated by Japan, arrived in Yangon Thilawa Port. These coaches, which had run in Japan, will operate on Yangon circular railway, according to Myanma Railway (MR).
The officials from MR were having the coaches unloaded from the ship yesterday.
“These are RBE coaches. Japan has donated the reconditioned coaches to operate on Yangon circular railway. This is the first time the RBE coaches arrive. Japan has planned to send more coaches. But we are not sure how many coaches will be coming. We have purchased the coaches from Japan. However, Japan also donates RBE coaches for temporary use,” said General Manager U Aung Thu Latt of MR lower Myanmar.
These RBE coaches will be handed over to Insein locomotive factory and Nay Pyi Taw for upgrading. At present, fourteen coaches are being upgraded to use soon,” he added.
The cargo ships carrying RBE coaches docked Yangon Thilawa Port on 8 May. But, unloading of the coaches started only yesterday and continued on today.
Each RBE coach contains two engines and it can be driven with a single engine. RBE coaches are upgraded to be able to run on Yangon circular railway.
Although about 96 coaches are being operated on Yangon circular railway in regular period, only 26 coaches are being run during the time of coronavirus control and response. With the increased number of commuters, MR will operate with more trains for the passengers to be able to travel conveniently.
MR is upgrading the circular railway, railway stations, locomotives and coaches and railway overpasses/bridges for the passengers to be able to travel conveniently. —Myint Maung Soe (Translated by Hay Mar)