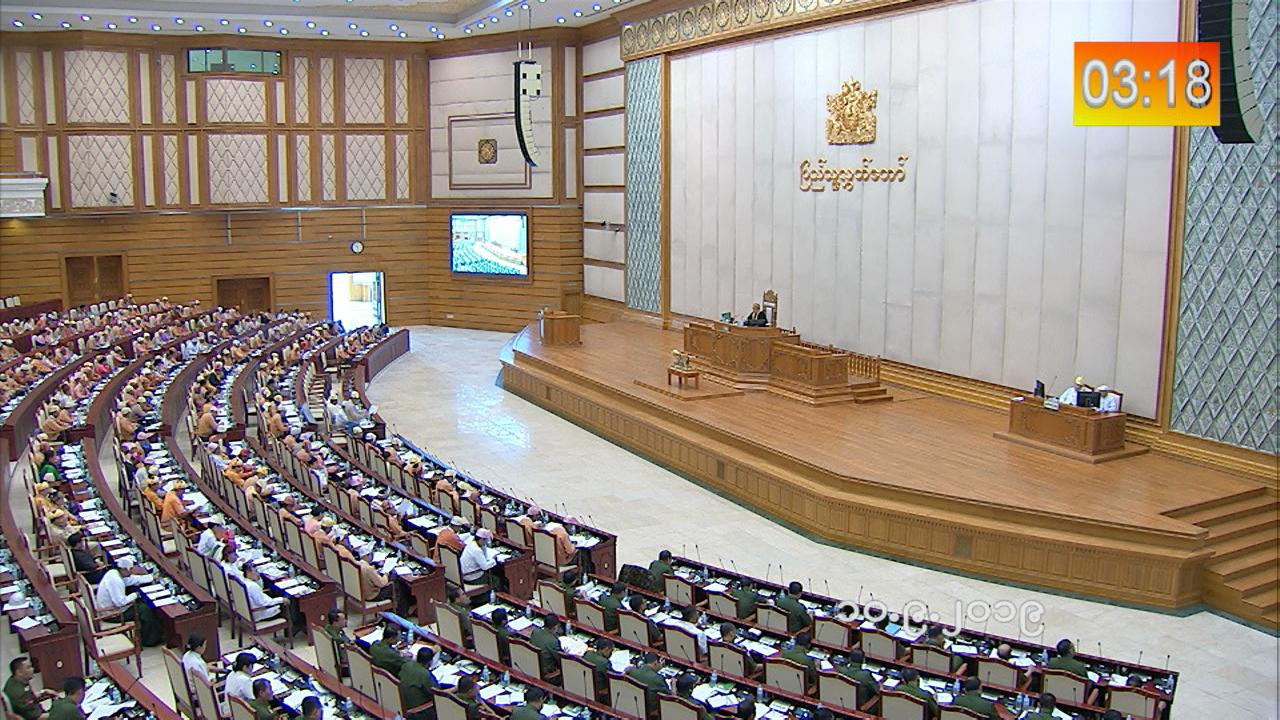 In discussing the motion Union Minister for International Cooperation U Kyaw Tin explained that signing ICCPR was considered as a priority aim and extensive studies were conducted to implement it with local laws. Signing it would show the political will of the country only and was not legally binding. But thought must be given toward acceding to it after signing it.
Comparison of current works conducted in the country with works to be conducted as enacted in the agreement need to be carried out. As it is required to know clearly what was done and what need to be done the aim was just to sign the agreement. Relevant ministries had not objected toward preliminary signing of the agreement but had suggested to comment on enactments in the agreement that were not acceptable to Myanmar and matters on understanding the definitions.
Efforts were made with an aim toward signing ICCPR during this year United Nations General Assembly period. But more time was needed to coordinate on the work processes. The ministry was striving toward signing the agreement in the coming years. As such the motion was urged to be put on record explained the Union Minister.
As Daw Thandar who tabled the motion want the matter to be put on record and kept in view, Pyithu Hluttaw Speaker obtained the decision of the Hluttaw. As there was no objection an announcement was made for the motion to be put on record on keep in view.
Next meeting of Second Pyithu Hluttaw’s 13th regular session is scheduled to be held on 11 September. — Aye Aye Thant, Kyaw Zin Htike (Translated by Zaw Min)