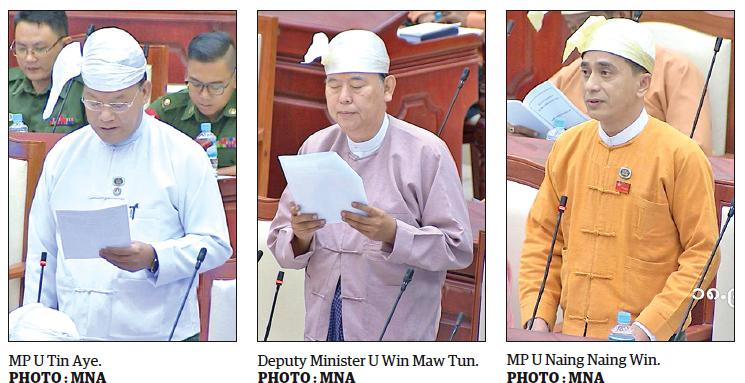 MP U Tin Aye from Metman constituency asked for the establishment of a youth training school for Wa (Lwel La), Lahu and Shan ethnics. Deputy Minister for Education U Win Maw Tun replied that the coordination meeting of Shan State government on 31 January 2019 discussed an allocation of 5-acre of land for the establishment of a youth training school in Metmung Township in Wa Self-Administered Division. If the land permit is received, the training school will be constructed with the budget from the Department of Social Welfare for 2020-2021 fiscal year.
MP U Naing Naing Win from Tamu constituency asked for setting up a training school for domestic science. Deputy Minister for Border Affairs Major General Than Htut replied that the plan for establishment of this training school is not included in the All-round National Development Project (2011-2012 to 2030-2031) of the Department of Education and Training.