Nay Pyi Taw, 2 Oct — President U Thein Sein, who is the chairman of the Republic of the Union of Myanmar Financial Commission, urged all union ministries and state/region governments to make concerted efforts to obtain more budget allocation and to spend it more effectively at the Meeting (3/2004) of the Republic of the Union of Myanmar Financial Commission on Thursday.
The president said the purpose of the meeting is to allocate more budget funds for departments and organizations for the remaining seven months of 2014-2015 fiscal year by adjusting the budget allocation, expenditure and work implemented during the 5-month period from April to August and availability of budget allocation and the possible expenditure for the remaining seven months.
The government has tried to retain the ratio of the budget deficit and GDP under 5 percent in the original budget estimate as well as in the upcoming revised budget allocation to maintain the stability of macro economy, the president added.
Then, the president pointed out that emphasis is to be placed on earning more revenues and generating more income of state-owned businesses while it is necessary to allocate more budget funds for development of the country and to spend the budget more effectively. 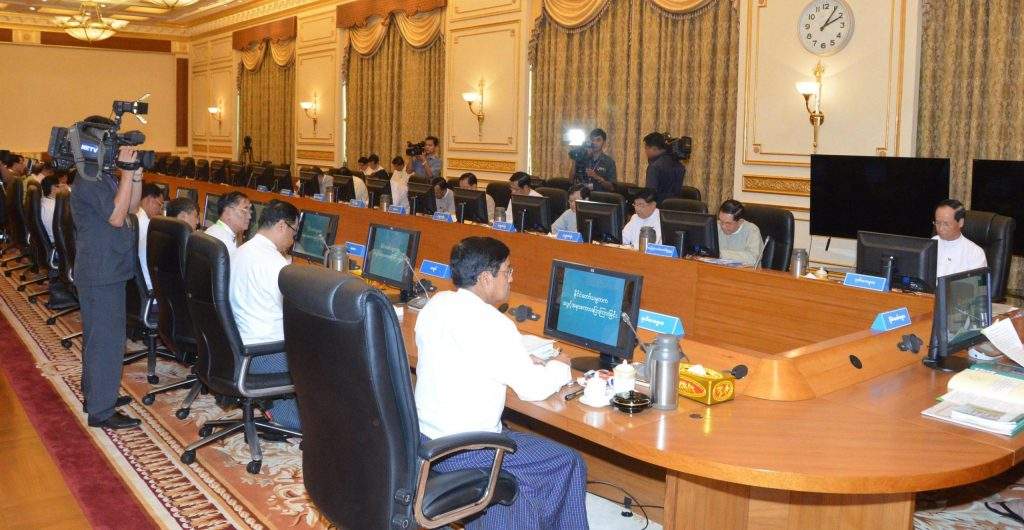 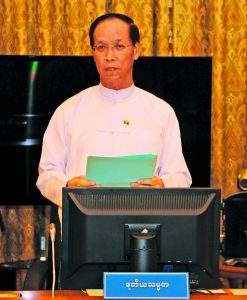 The meeting ended with the concluding remarks by the president. In his concluding remarks, the president urged union ministers and chief ministers to spend the additional budget accountably and to uphold transparency, accountability, responsibility and accessibility in permitting investment firms and businesses to run their operations in accordance with Directive 1/2013 of the President Office. In conclusion, the president said that the losses and wastes of public funds must be prevented by auditing by the Union Auditor-General’s Office, state-level committees and departmental committees in accordance with the law.