Nay Pyi Taw, 1 July— To save time and money, a referendum on amendment Article 59 (D) is scheduled to be held along with the general election, after informing the chairman of Union Election Commission, the Pyidaungsu Hluttaw Speaker told the parliament on Wednesday.
The amendment of the article was passed with 556 votes, or more than 75 percent of members, in the Pyidaungsu Hluttaw on 25 June, and must now be but to a referendum.
Speaker Thura U Shwe Mann said he would ask the chairman of UEC to hold the referendum together with the upcoming general election.
Dr Banya Aung Soe, MP of Mon state constituency 7, voiced his support for the amendment, which seeks to allow representatives of states and region parliaments select their respective chief ministers.
Defence Services representative Lieutenant Colonel Kyaw San Oo said the president can select experienced experts for government ministries in accordance with democratic norms. He also said ministers should prioritize the ministerial affairs rather than their parties’ activities.
U Thein Swe, MP of Ayeyawady region constituency 10, said committees of parliament should have the rank of Union level, adding that the military should consider amendment of the constitution to promote good relations between the military and the people. MPs from ethnic areas also suggested the amendment would help establishment of national reconciliation and ceasefire agreement.—MNA 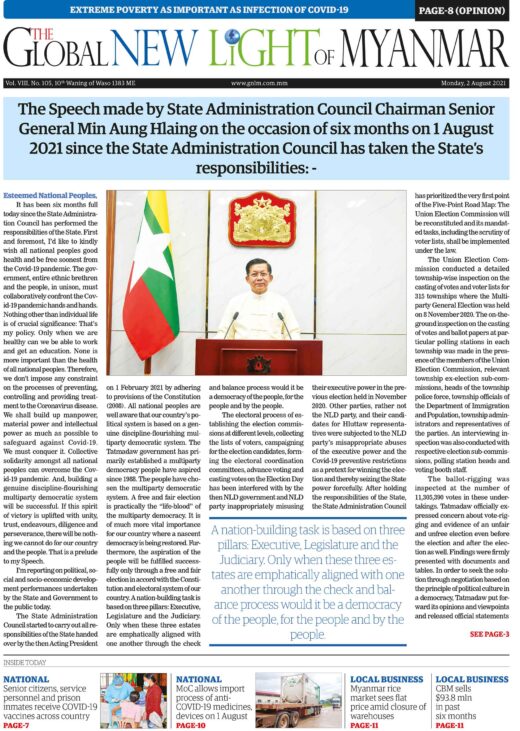