(The following is the full text of the speech delivered by State Counsellor Daw Aung San Suu Kyi, the Chairperson of the Central Leading Committee for Organizing the Union Peace Conference— 21st Century Panglong at the opening ceremony of the conference.)

May I begin by wishing the honoured guests and delegates present here today at this opening ceremony of the Union Peace Conference—21st Century Panglong, and all those who are with us in spirit, peace of mind and the realisation of all aspirations that will bear wholesome fruit.
This hall is not only filled with guests and delegates who value and cherish peace, it is overflowing with the hopes of friends and well-wishers from across the globe, and the longings and dreams of our people. To fulfill these hopes and to turn these dreams into reality is a huge responsibility. But huge is not to say heavy.
A responsibility that is borne to keep faith with those who loved our country and have departed this world without having known the incomparable joys of peace throughout the land; to affirm our compassion for our people who are today suffering from lack of peace; as evidence of our love for the generations to come who will have to bear the burden of our legacies, both good and bad — such a responsibility can never be too heavy. This is a unique opportunity for us to accomplish a great task that will stand as a landmark throughout our history.
Let us grasp this magnificent opportunity with wisdom, courage, and perseverance, and create a future infused with light. If all those who play a part, however, big or small, in the peace process, cultivate the wisdom to reconcile differing views for the good of the people, the courage to accept ideas and practices that deserve to be accepted, and the perseverance to continue until difficulties are overcome, we will surely be able to build the democratic federal Union of our dreams.
Since its inception it has been the aim of the National League for Democracy to hold political negotiations based on the Panglong spirit and the principle of finding solutions through the guarantee of equal rights, mutual respect and mutual confidence between all ethnic nationalities. The government that emerged after the 2015 elections is determined to uphold these same principles.
The Nationwide Ceasefire Agreement (NCA) is the first step not only towards peace, but towards the establishment of the long-held hope for a democratic federal Union. Some organisations have already signed the NCA, but there are also those that, for various reasons, have not yet signed. As future political dialogue needs to be based on the NCA, our new government has been making every effort to bring about the participation of the non-signatories. National reconciliation is the concern of all the peoples of our Union.
National reconciliation must include reconciliation among the ethnic armed organisations in our country. Ideological differences between NCA signatories and non-signatories could delay our path to peace. We will strive to bring all under the umbrella of the NCA, which constitutes a common agreement, in order to avert misunderstandings
and diversions.
As the government that emerged following the 2015 general elections, we decided, in accordance with the authority given to us by the electorate, to work towards lasting peace, for which our people have longed throughout the years.
We are embarking on this journey towards peace with full confidence in the people of our Union. So long as we are unable to achieve national reconciliation and national unity, we will never be able to establish a sustainable and durable peaceful Union. Only if we are all united will our country be at peace. Only if our country is at peace will we be able to stand on an equal footing with the other countries in our region and across the world. To achieve our long-overdue peace we must engage in dialogue. We must negotiate. If we are to find solutions at the political negotiating table, we will need a framework that is accepted by all. 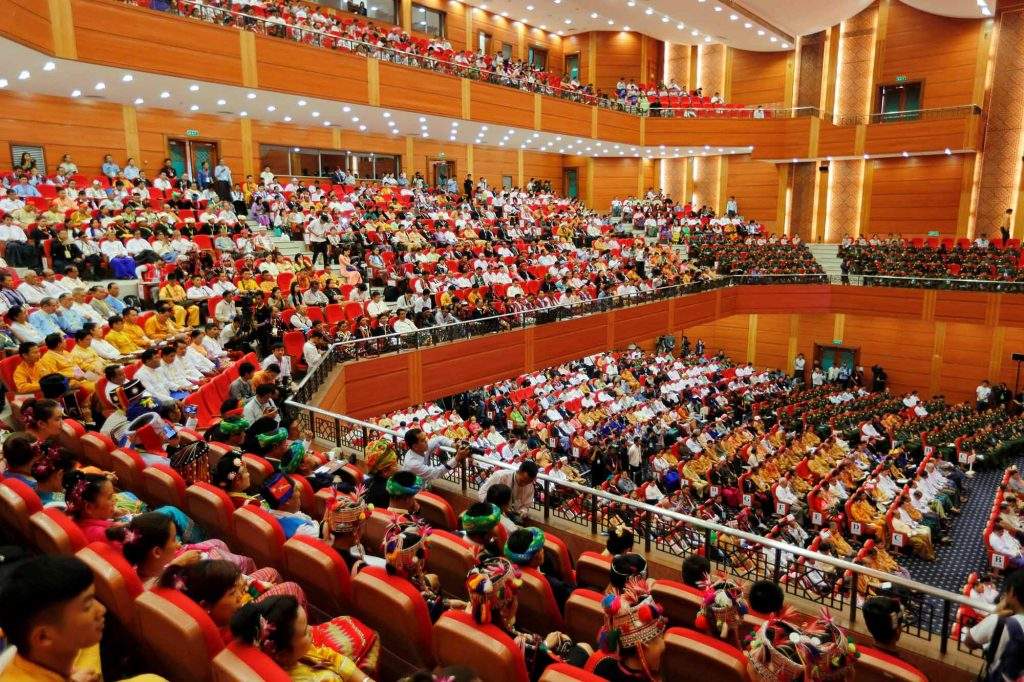