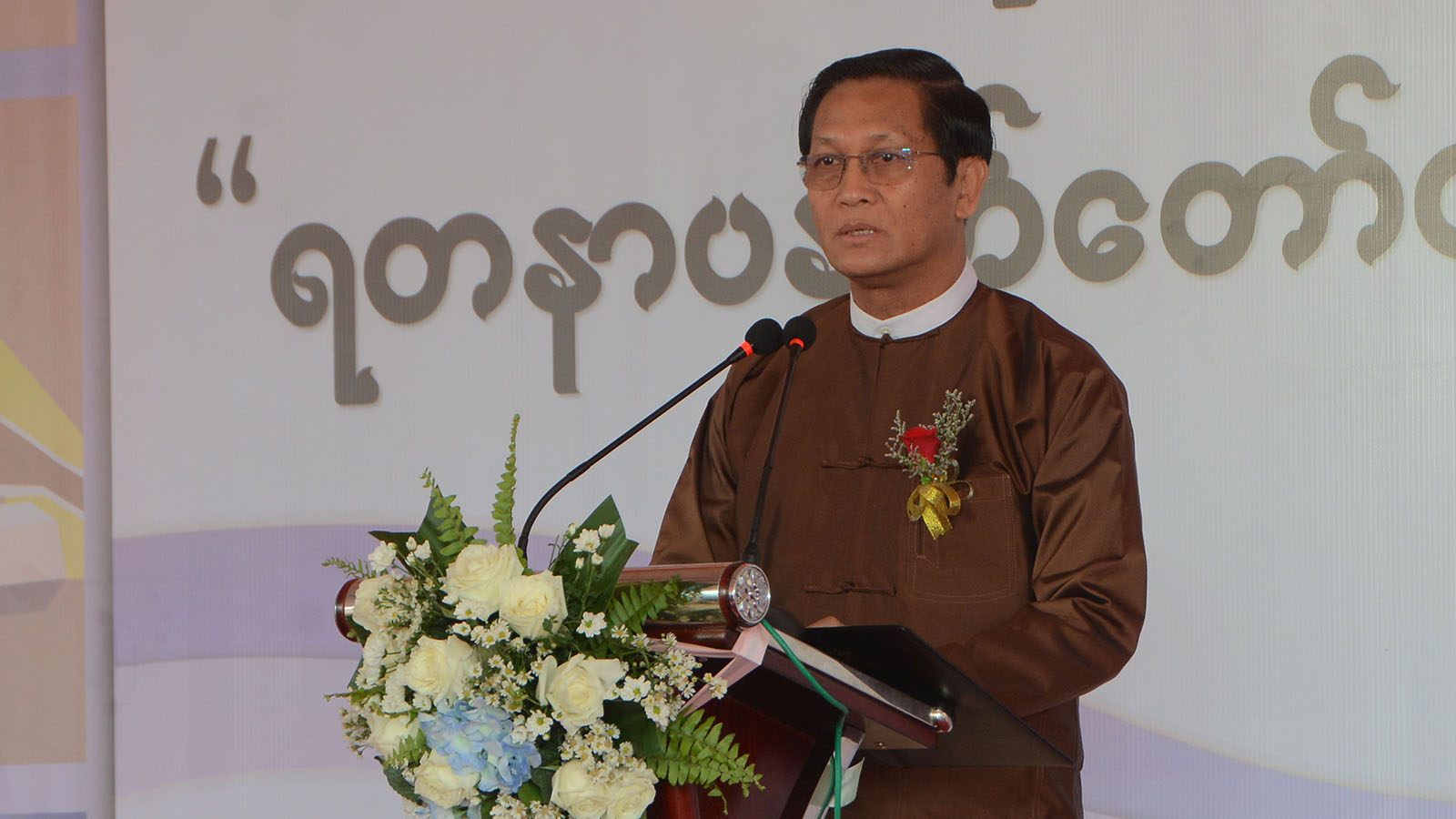 Chairman of the National Water Resources Committee, Vice President U Henry Van Thio, and wife Dr Shwe Hluan, Patron of Water Mothers Organization, attended the stake-driving ceremony for constructing the NWRC’s headquarters and a Hydro Informatics Center (HIC) in Mayangon Township, Yangon, yesterday morning.
Firstly, the Vice President delivered a speech where he said the headquarters and HIC will be instrumental in multi-sector management of national water-related cases. He said the construction is estimated to cost US$7.5 million and will be covered from the interest-free loan provided through the World Bank’s AIRBM Project.
The Vice President thanked the World Bank for their assistance and said Myanmar possesses 16 per cent of all water resources in Southeast Asia and 12 per cent in Asia. He said Myanmar receives different amounts of rainfall in each of its areas and the center of the nation faces water scarcity. He said some areas do fine in the rainy season but also face some degree of drought during the summer.
He said most of Myanmar also suffers from floods frequently and there is an increase of fierce competition for water resources which has created tension and conflicts between different groups around the world. He said this calls for multi-sector water resource management solutions.
The Vice President said Myanmar needs to draw maps for underground water pockets and flood hazard maps. He also said we need to implement a system for keeping track of water footprint and water auditing. He said the nation has formed various committees for reducing floods, droughts and natural disasters, building resilience to climate change, controlling contaminated water, environmental conservation, effective use of water, multi-sector water resource management, this national water resource committee, and national disaster management committee.
The Vice President said he wants everyone to consider the importance of multi-sector water resource management in promoting Myanmar’s economy, reducing poverty, increasing production from the agricultural and other sectors, promoting the health of all citizens, elevating standards of living and increasing life expectancy. He said NWRC works with relevant ministries, organizations and experts to commemorate World Water Day every year. He said Myanmar hosted the 3rd Asia-Pacific Water Summit in 2017 and tried hard to enact the National Water Law and National Water Resource Committee Law.
The Vice President said every citizen, whether a child or an adult, must understand the value of water and the present building would house attempts to elevate education and protection of water resources. He urged all citizens to stop littering in bodies of water and to participate in reforestation activities.
Next, NWRC Vice Chairman Union Minister for Transport and Communications U Thant Sin Maung and the Yangon Region Chief Minister delivered separate speeches.
After this, the Vice President and other officials drove the ceremonial stakes into the ground at their designated locations. He and his wife then took a documentary group photo with attendees and they examined the miniature model of the NWRC headquarters and HIC.
The NWRC was first formed in June 2013 and reformed in 2016 with the Vice President as chairman since the beginning. Their efforts resulted in Myanmar being selected as the host nation for the 3rd Asia-Pacific Water Summit in 2017 and the logo for World Water Day on 22 March 2019 featured a person rowing a boat by foot in Inle Lake.
Also present at the ceremony were NWRC Vice Chairman Union Minister U Thant Sin Maung, Union Ministers Lt-Gen Ye Aung and U Soe Win, Yangon Region Chief Minister U Phyo Min Thein, deputy ministers, regional ministers, NWRC members, representatives from the World Bank, members of the advisory board, local elders, project experts and invited guests.— MNA(Translated by Zaw Htet Oo)