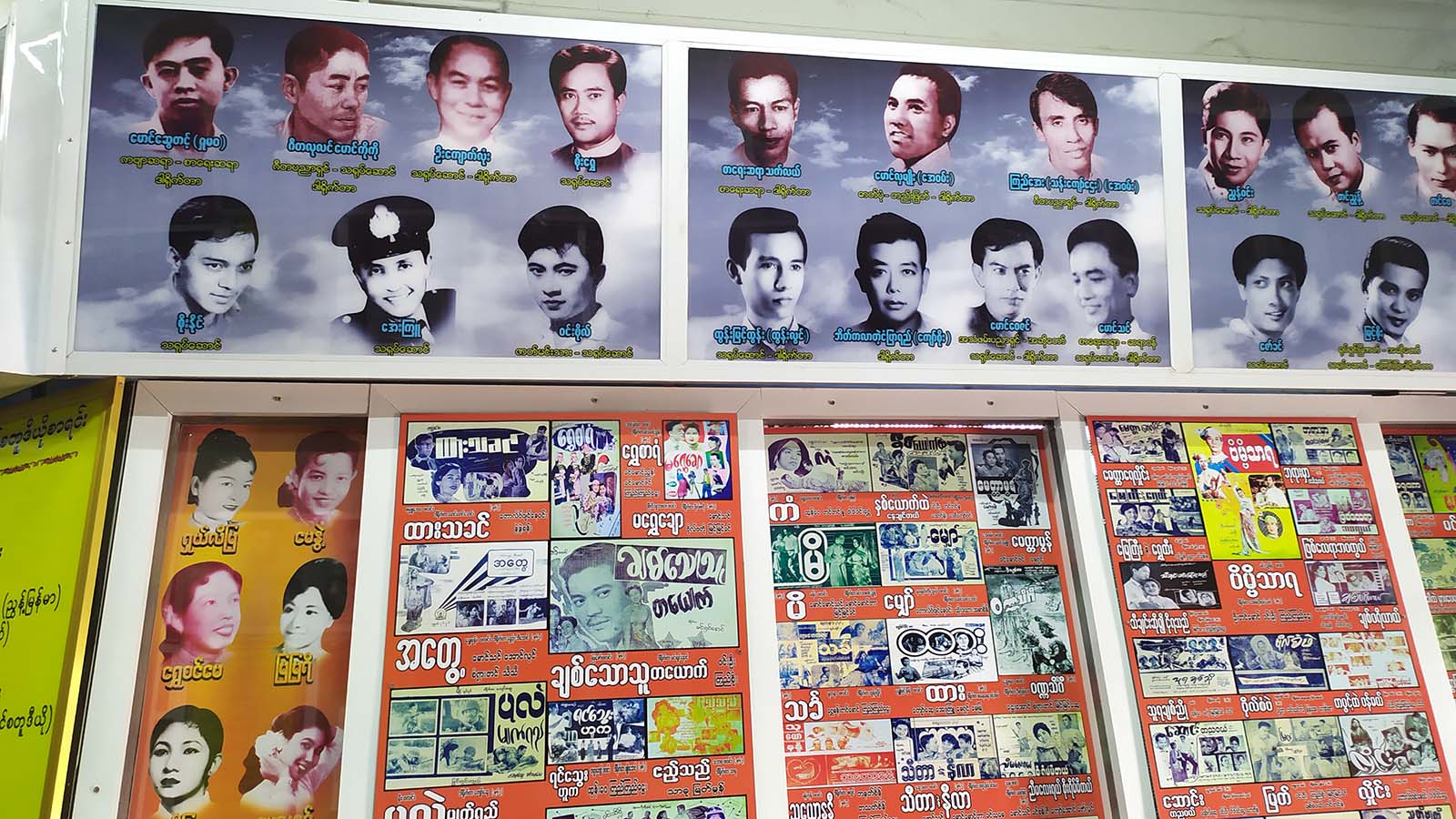 The Myanmar Motion Picture Museum (MMPM) will be opened in January inside the Myanmar Motion Picture Organization (MMPO) compound on Wingabar Street, Yangon, according to the MMPO.
“Our MMPO is preparing the building for the MMPM. Currently, the upgrade work on the building is over 80-per cent complete, and we only need to finish the decoration. We have already informed the related ministry to open the MMPM in January. Actually, this building will showcase the history of the film industry. We are opening the museum not only for actors and actresses, but also to help film audiences learn about the history of the Myanma film industry. We are working with historical researchers for the emergence of the MMPM. Upon completion of the MMPM, actors and actresses and film lovers would be able to visit it,” said U Aye Kyu Lay, vice chairman of the MMPO.
Now, the renovation of the MMPM building and historical research on the exhibits are almost complete under the management of the MMPO. The MMPM was initially opened in 1998. At the time, it was crowded with visitors. The museum was closed temporarily and will be reopened in this month, according to the MMPO.
There will be a total of six showrooms at the museum — silver jubilee (1920-1945), golden jubilee (1946-1970), diamond jubilee (1971-1995), 100th anniversary Myanmar movies, Myanma movies academy award presentation scenes from 1952 till today, and a filmmaking industry gallery.
The MMPM will showcase photos of famous actors and actresses from all periods, historical films, antique cameras, flashguns, and broadcasting devices for visitors to help widen their scope of knowledge about Myanmar movies, according to the Myanmar Motion Picture Organization, Yangon.—Myint Maung Soe (Translated by Hay Mar)