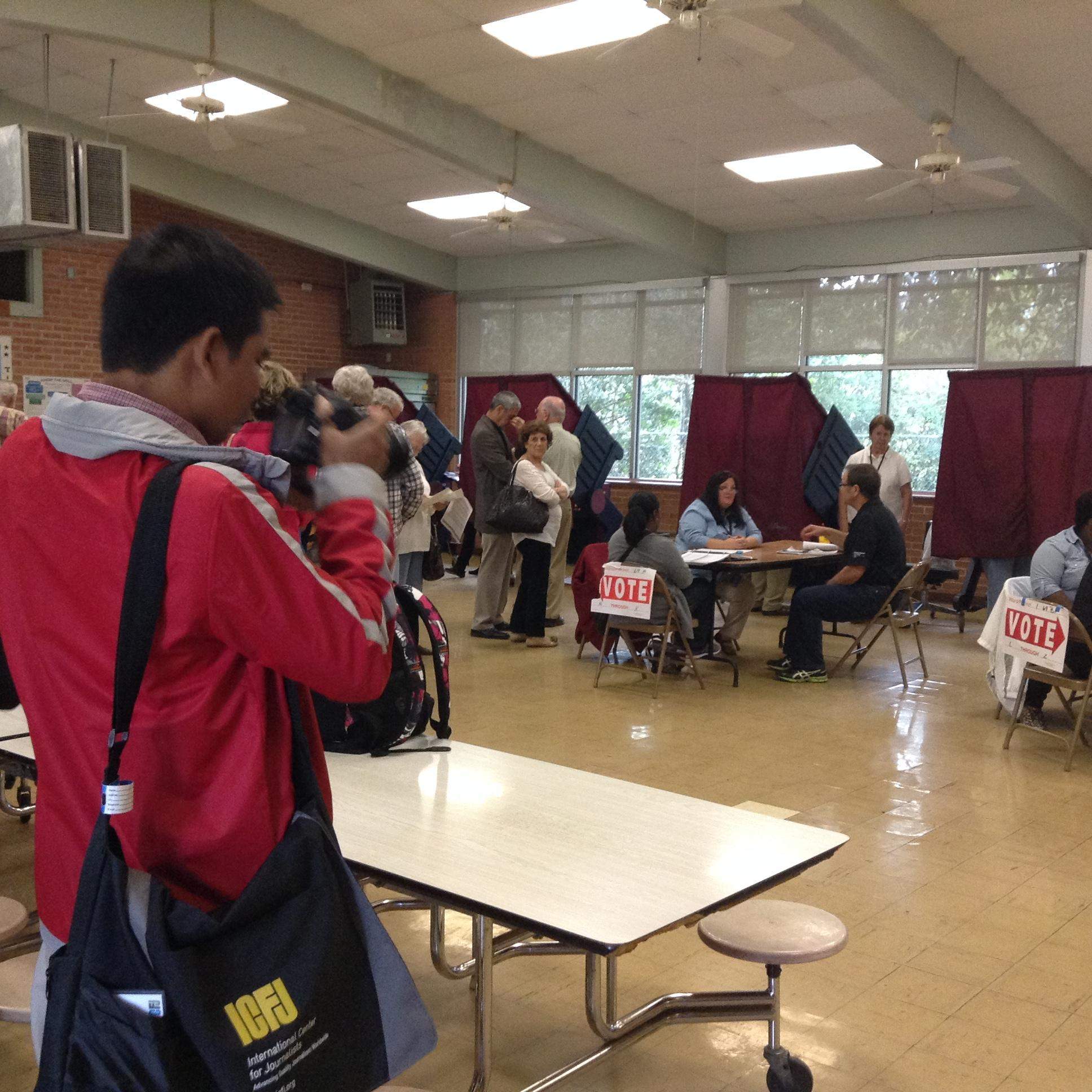 A group of 15 Myanmar journalists studied the mid-term elections in the United States on 4 November.
The first official invitation for this programme was sponsored by the Department of State under the arrangement of the International Centre for Journalists. The two-week trip will finish on 8 November.
Myanmar journalists observed the electoral processes and reporting of newspapers, radios and TV channels in Washington D.C, Riley in North Carolina and in the state of Louisiana.
Lyndsey Wajert, programme officer with the ICFJ, said in an interview with the members of Myanmar News Agency that the programme is intended to introduce Myanmar journalists to the electoral coverage of ICFJ.
She also said that international news organizations need to train journalists to be prepared for 2015 General Election in Myanmar.
About 50 journalists from 48 countries were invited to observe the 2012 US elections.  ICFJ selected Myanmar journalists from various media platforms — TV, radio, online and print media — after making an announcement with the help of the US Embassy in Myanmar.
ICFJ will also send a trainer to Myanmar in early 2015 to assess the results of the programme and to give additional training on election coverage.
Myat Thanda Maung