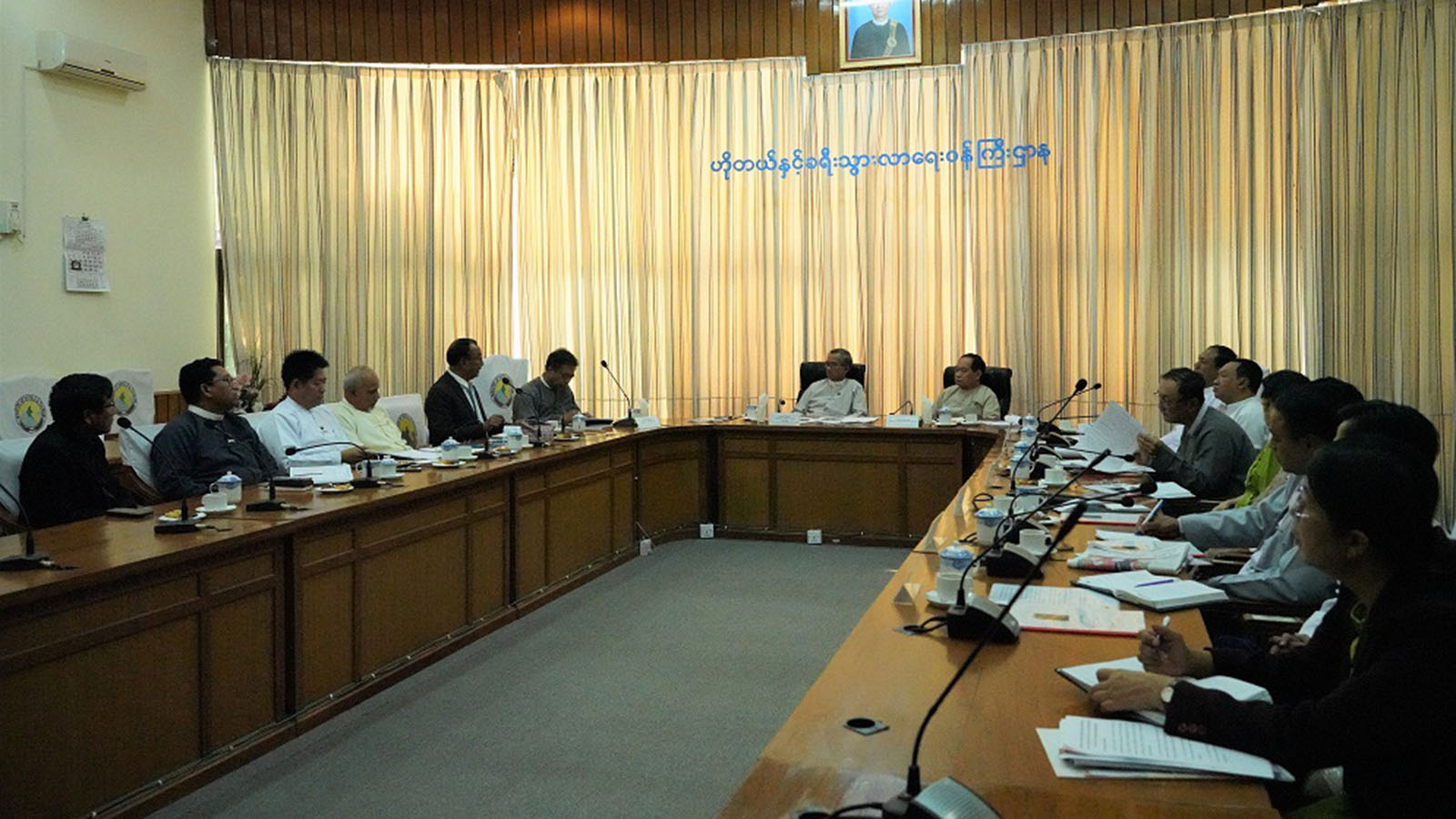 Mandalay Electricity Supply Corporation, Electricity Supply Enterprise, Ministry of Electricity and Energy, and Hitachi Soe Electric & Machinery Co., Ltd. (HISEM), a tender winner for the National Electrification Project (NEP) Phase-II, signed a contract at the ministry in Nay Pyi Taw yesterday.
Speaking at the signing ceremony, Union Minister for Electricity and Energy U Win Khaing said the first phase of the National Electrification Project (NEP) was begun after a loan of US$ 310 million was received from World Bank.
The first phase of the national electrification project targeted to electrify a total of 5,080 villages which are located within two miles of the system. Until 17 January, the construction works in 1,891 villages were completed, and among them, 1,091 villages already got access to electricity.
If the first phase is fully completed, some 626,757 households in 5,080 villages will be electrified, the Union Minister said.
He continued that the second phase of the project aimed at electrifying a total of 4,700 villages which are located within five miles of the system. Therefore, the ministry, after forming a tender scrutinizing committee, invited a tender for transformers, electric poles, insulators, wires, cross arms and other electrical accessories which are needed for the second phase project in 4,700 villages in accordance with the International Competitive Bidding -ICB policies. That was also the first purchase bidding of NEP Phase-II, U Win Khaing added.
If the second phase project is completed, 539,674 households of 4,700 villages will be electrified.
The 4,700 villages in the second phase project are: 113 villages in Chin State, 42 villages from Mon State, 17 villages in Rakhine State, 201 villages in southern Shan State, 204 villages in northern Shan State, 15 villages in eastern Shan State, 559 villages in Sagaing Region, 576 villages in eastern Bago Region, 785 villages in western Bago Region, 386 villages in Magway Region, 1,434 villages in Ayeyawady Region, 335 villages in Mandalay Region and 13 villages in Nay Pyi Taw Union Territory. The Union Minister also highlighted to early manufacture the transformers with the standard quality included at the contract and transporting them to the respective places in time.
Afterwards, U Soe Min Tun, Chief Engineer of Electricity Supply Enterprise, explained the producers for implementation of the project, followed by acting Managing Director U Aye Kyaw and Chairman of Hitachi Soe Electric & Machinery Co., Ltd. U Kyaw Min Tun signing and exchanging the contract.
If the two phases of NEP are fully completed, some 5.5 million people of 1,166,431 households in 9,780 villages will get access to electricity, and the rate of nationwide electricity consumption from national grid will increase 10.72 per cent.—MNA (Translated by Kyaw Zin Tun)