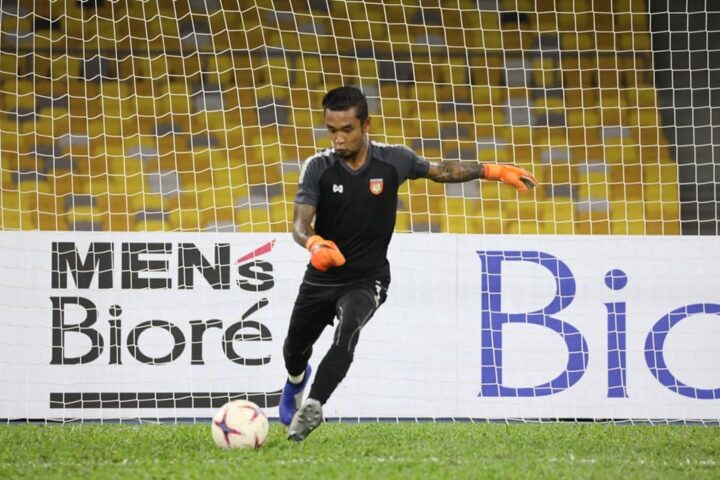 The Myanmar National League recently invited Myanmar football fans to meet two Myanmar star goalkeepers Thiha Si Thu and Kyaw Zin Htet via live streaming of the MNL Facebook page, and football fans got a chance to meet with their favourite keepers yesterday online.
During their online meeting, football fans raised their questions by giving comments on the live streaming of the MNL social media page and two Myanmar star keepers replied to each of their fan’s comments.
The keepers shared their experiences and other life-related knowledge. Keeper Thiha Sithu said that he is currently serving as a COVID-19 volunteer amidst the pandemic period and keeper Kyaw Zin Htet has said that he is composing song lyrics for his future music album in their fan meeting. Thiha Sithu is a star goalkeeper of Shan United FC and Myanmar National Football Team. The veteran keeper also possessed the Myanmar National League clean sheet record by not conceding a single goal for 14 matches in 2017 and has won the winner of 2014 Myanmar National League Best Player award.
The 33-year-old keeper joined Myanmar National Football Team in 2010, and he was recognized as a star footballer in the team with his brilliant saves.
Next, Kyaw Zin Htet is also one of the best keepers of Myanmar National Football Team, and he is currently playing for Yangon United. He made his first appearance for the Myanmar national football team in 2007. —Lynn Thit (Tgi)