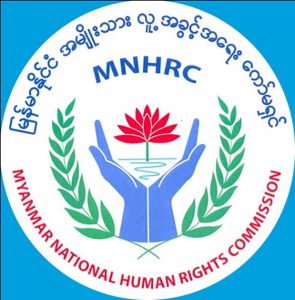 1. Seven young men sentenced to 2 years in prison for robbery arrived at Mandalay Community Rehabilitation Centre on 26 July 2020 and they ran away from the centre on 31 July around 11 pm. After they have been found on the same day, one of them died on that day, and another one died on 5 August.
2. According to the report, a team led by the Myanmar National Human Rights Commission members U Kyaw Soe and U Kyaw Myint made investigations in Mandalay on 7 August; questioning local police officers, two young men involved in the escape and officials from the rehab centre. They also interviewed the hospital superintendent and forensic doctors who examined the bodies of young men at Mandalay General Hospital and comforted the hospitalized young man with nutrition assistance.
3. Relevant departments were reportedly undertaking the case in line with the rules and regulations of their respective departments.