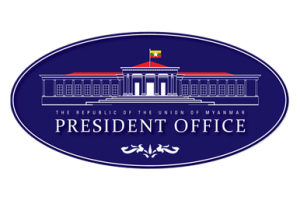 Dear esteemed Kayah ethnic brothers and sisters,
On this auspicious occasion of Kayah State Day which has great significance, I wish to extend my Message of Greetings for the good fortune and auspiciousness of all Kayah ethnic nationals and Union citizens living in Kayah State.
When the states and divisions were established after achieving independence, in accordance with Section 180, sub-section (1) of the 1947 Constitution, Karreni State was absorbed into Kayin State and then in accordance with the 1951 Constitutional Amendment Act, Section 8 (1951 Act number 62), it was stipulated that in all instances where the term “Karreni state” occurred, the term “Kayah State” should be substituted in the Constitution of the Union of Burma.
Thus, the first Kayah State Day celebration was held on 15 January 1952 to mark the first usage of the term “Kayah State” in place of “Karenni State”. Today marks the 68th anniversary. Nine Kayah racial groups together with other ethnic races have been living in close friendship together since ancient times for many years.
The Union Government has established a ministry for the development and preservation of traditions, cultures, language, literature and rights of national ethnic races providing encouragement and support.
It has given more focus and attention to least developed states in order to support and uplift their level of development.
Because of the natural beauty of Kayah State consisting of mountains, forests, rivers, streams, waterfalls, natural caves and the honesty, generosity and friendliness of the local ethnic people, it has become increasingly well known by domestic and foreign tourists as a destination for recreation and travel. Thus it has great potential to become a state for eco-tourism. Since Loikaw, the capital of Kayah State has been awarded the ASEAN Clean City award, I wish to solemnly urge all Kayah ethnic nationals to make collective efforts so that the whole Kayah State will become a model state.
Furthermore, Kayah State has great potential to become a state for investments, trade and tourism to come in as it has many border trading posts from Thailand in the east. As our Union Government has been working hard to supply electricity to the whole country, at the moment 50 per cent of the whole population now has electricity. With regard to Kayah State, more than 88.7 per cent of the people are consuming electricity. As such, the state is now ready for the development of industries.
As soon as our Union Government assumed office, we have been striving hard to implement the following three Goals: –
– Establish rule of law and uplift the socio-economic status of the people.
– National reconciliation and internal peace.
– Amendment of the Constitution which is the foundation for establishing the Democratic Federal Union.
At one time, differences of political ideology and mistrusts among ethnic national races were settled through the use of arms, instead of using discussions and compromise. As the root cause of armed conflicts was based on political problems, due to the inability to solve this problem through political dialogue and compromise, for over 70 years we have not come anywhere near achieving internal peace. As a result, the whole country is still suffering painfully from the bitter experiences of internal armed conflicts.
In order to achieve sustainable peace which has been the aspiration for many years, to solve political problems through political means, and for the establishment of the Democratic Federal Union acceptable to all ethnic national brothers and sisters, we have been convening the Union Peace Conference – 21st Century Panglong sessions and peace talks; as a result, we have already reached agreement on (51) points of common agreement. If we all strive hard together in unity with genuine Union spirit as our guiding force, in the not too distant future we will be able to build a peaceful, modern and developed Democratic Federal Union free from armed conflicts all across the Union.
I fervently believe that we will achieve total success in building the Democratic Federal Union, by overcoming all obstacles and difficulties, if all the ethnic nationals within Kayah State and all Union nationals strive together collectively in unity with the Union Government. By firmly holding on to the good foundations of peace and development already achieved, I urge all ethnic nationals to work in unity with collective efforts for the establish of the Democratic Federal Union which we have all yearned for so many years. With these exhortations I send my Message of Greetings to welcome and honor the 68th anniversary of Kayah State Day.