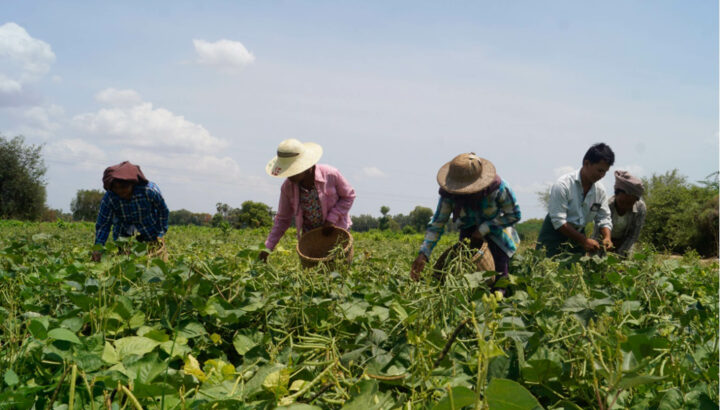 Although India will buy 150,000 tonnes of green gram under the quota system this financial year, it will not affect local bean market, said U Min Ko Oo, Secretary of Myanmar Pulses, Beans and Sesame Seeds Merchants Association.
“Myanmar exports only 10 to 15 per cent of the locally-produced green gram to India. And, about 85 to 90 per cent of production is sold out to other countries. Myanmar has also exported the green gram to China via Muse route and via sea route.
“The green gram bean market is wide because many countries like ASEAN and Europe countries are buying Myanmar’s green gram. Only a few per cent of Myanmar green gram is exported to India. That’s why India set up a quota of 150,000 tonnes of green gram, and this volume will not really affect the local bean market,” he explained.
“As I said, Myanmar exports only 10 to 15 per cent of the green gram to India because we get only low priced of bean in India. That’s why we export green gram to other counties and groups like China, Europe, ASEAN countries, Malaysia and Indonesia. Our country can produce 350,000 to 400,000 tonnes of green gram annually and the country export only 40,000 to 50,000 tonnes green gram to India. So, it does not really affect our local bean market,” said U Min Ko Oo.
India’s Department of Commerce announced a quota limit for the next FY on 28 March 2020, allowing the Indian millers to import 150,000 tonnes of green peas. However, India did not issue the import licenses to the millers.
With a quota distribution of 1,464 domestic pulse mills, India’s Directorate General of Foreign Trade (DGFT) under the Ministry of Commerce and Industry announced to their regional DGFT office on 12 November that the import consignments of allocated quota must reach the India ports by 31 March 2021.
The regional DGFT office needs to take necessary action if the quota-licensed companies apply for the green gram import licence. They need to do so without delay if the licence applying companies have already obtained the pulses import license. They need to import the green gram rapidly with amending the same licences. If the importer applies, the port arrivals value (CIF) and port location will be allowed to be amended.  (Translated by Hay Mar)