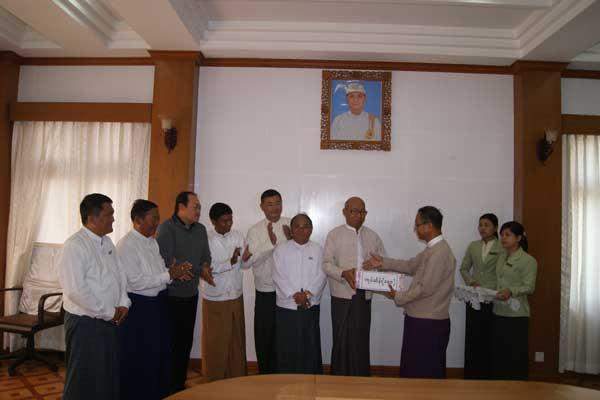 A cash donation for military service personnel who sacrificed life for the nation in Kokang Self-Administered Zone, northern Shan State and family members was held at the hall of Mandalay Region Government on 23 February.
On behalf of wellwishers, U Than Win of Mann Myanmar Co explained the purpose of donations.
At the ceremony, Construction Entrepreneurs Association donated K10 million, U Than Win, Chairman of Mann Myanmar Co and family K10 million and U Myo Hlaing Oo of Thanti Thitsa Co K5 million to the chief minister who returned certificates
of honour.
So far, wellwishers in Mandalay Region have donated K216.665 million for the Tatmadawmen, families and state service personnel. Officials send necessary foodstuffs to the military servicemen in Laukkai region.–Thiha Ko Ko (Mandalay)