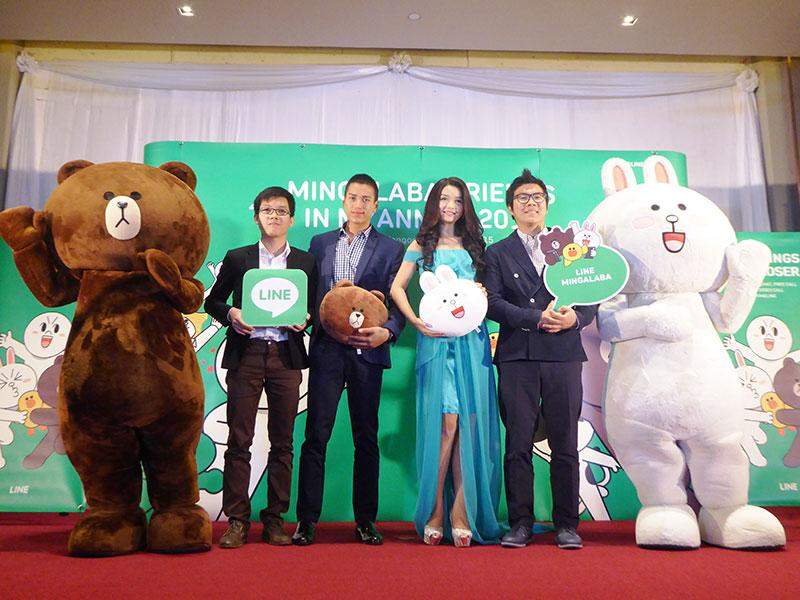 Japan’s LINE Corporationofficially launched its instant messaging application Fridayin Myanmar, enlisting local celebrities in a TV commercial to promote the mobile app.
The official introductionof the LINE app follows a soft launch in March, with the response from local users indicating strong demand for the app, according to LINE Myanmar’s General Manager Mr Darin Hwang.
“We have selected Myanmar as the next market for new transition as we see that the country has the highest growth at 309 percent after its soft launch in March,”Mr Hwang,said.
“This year, LINEwill establishpartnerships with local businesses, corporations and well-known personalities to grow its local content and provide great experience for users.”
LINE will cooperate with Myanmar Posts and Telecommunications (MPT), the country’s leading mobile operator,to promote the app, he said.
LINE is one of the world’s popular mobile messaging applications. Launched in Japan in mid-2011, LINE has attracted millions of users in 230 countries including South Korea, Taiwan, Thailand and Indonesia.
The app has over 180 million active monthly users and around 70,000 users per hourworldwide, according to LINE Myanmar. It offers free messaging, voice calls, video calls and group chats.
The company is currently running a competition to give away 30 Samsung Galaxy S6 phone to subscribers.
Further information is available online at www.facebook.com/LineMyanmar.Official.—GNLM