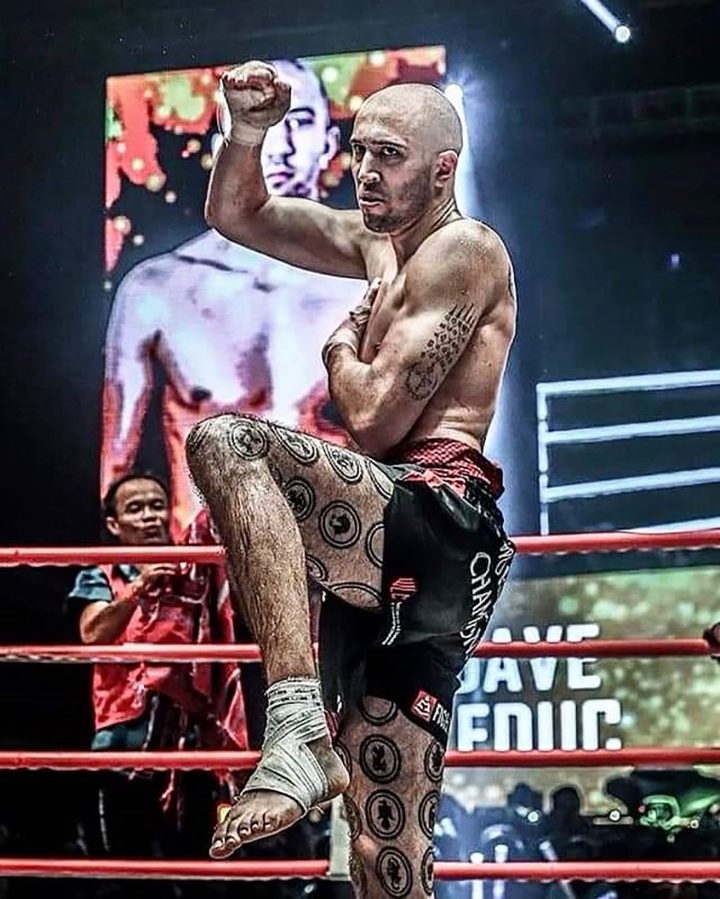 Canadian Lethwei fighter Dave Leduc, who is representing Myanmar, will fight against American Muay Thai and Lethwei fighter Cyrus Washington in Wyoming, USA on 7 November, according to the official statement with the Lethwei authorities. The 28-years-old Dave has won Myanmar’s former Lethwei Champion Tun Tun Min to claim the Cruiserweight World Champion in Air KBZ Aung Lan Championship in 2016 and also possessed undefeated record in the Myanmar Lethwei history.
Upon the upcoming thrilling fight, Dave Leduc said, “I am very excited to fight traditional Lethwei rules, on 7 November in the USA against Cyrus Washington and as you know, our match will be done inside a cage. I hold two Lethwei world titles: WLC Cruiserweight Championship and Traditional Lethwei Openweight Golden Belt.”
My rematch with Cyrus Washington is one of the most important fights of my career. When we fought in 2017, he had over 100 fights, while I was still a young champion with 20 fights. He ended bloody and running away from me, and I could have finished him, but I didn’t properly cut the ring. I dominated the rounds, but with no stoppage, it ended in a draw according to traditional Lethwei rules. He’s been asking about a rematch ever since, and I have been passed about my performance ever since. This fight is for my legacy, Cyrus Washington is the only other fighter to have finished Burmese Lethwei legend Tun Tun Min, so I need to finish him in a clear, decisive matter to solidify my status as best non-Burmese Lethwei fighter of all time, Dave added.
On the other side, Cyrus Washington is a former Muay Thai World Champion, as well as former WBC US National Champion. The American fighter Cyrus received worldwide attention for being one of the first successful foreigners to compete in Lethwei in Myanmar.—Lynn Thit (Tgi)