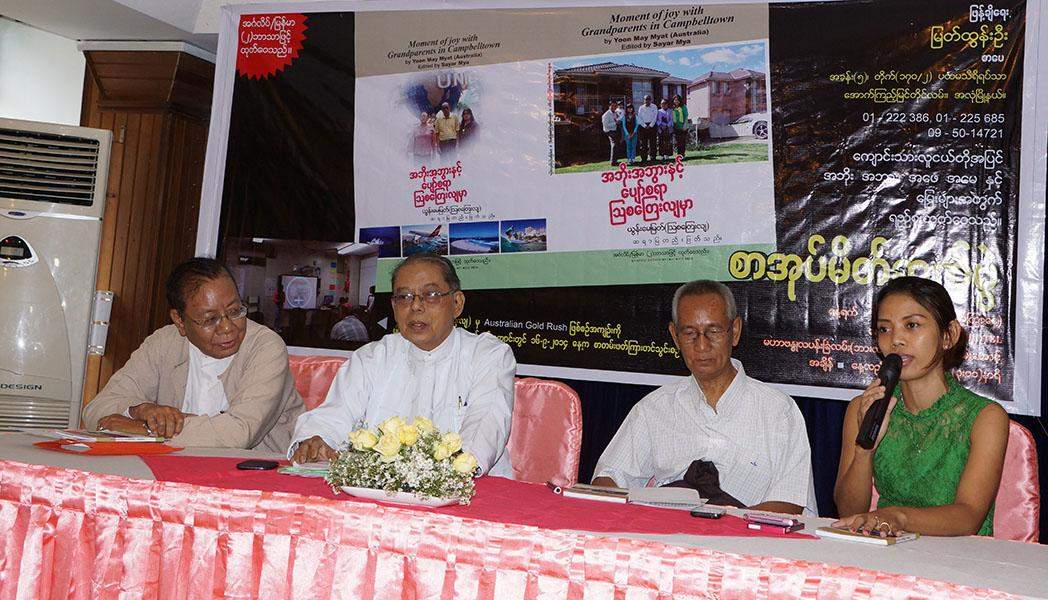 A book promotion event was held at City Star Hotel attended by Chief Editors, Media persons and reporters in Yangon. A bilingual travelogue on Australia was written by (13) years old Myanmar girl Yoon May Myat residing in Australia and it was edited by her grandfather Sayar Mya in Yangon. The occasion was graced by retired Deputy Minister for Foreign Affairs U Khin Maung Win, retired Chief Editor U Maung Maung Aye of the New Light of Myanmar, and Chief Editor Sayarma July Moe of Oasis Journal. U Khin Maung Win expounded about the finer points of education system in the developed country like Australia, while U Maung Maung Aye talked about the importance in learning English language during the reform process. Chief Editor Sayarma July Moe suggested that Yoon May Myat should write beautiful places of Myanmar in her stylish English as a teenager in the same way that she has written about Australia. Chief Editor U Thein Aye of Reality Journal supplemented the positive attitude of Myanmar writers in the country contributing in English language for the students and general readers.