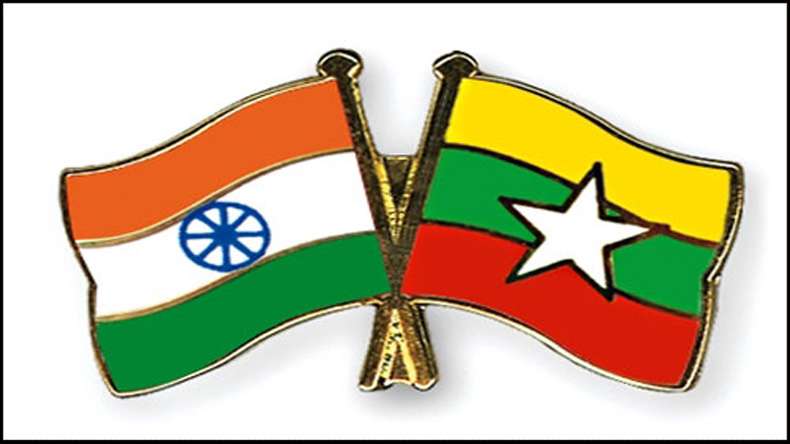 Myanmar President Htin Kyaw begins a four-day trip to India beginning August 27. This is the president’s first State visit to India and will be accompanied by his wife, Daw Su Su Lwin, several key ministers and senior officials.
President Kyaw comes to India at the invitation of the Indian President, Pranab Mukherjee, who will be hosting a banquet in honor of the visiting leader and his delegation.
During his visit, President Kyaw will have official engagements in New Delhi and also visit places of historical and cultural importance across India. The visit is expected to strengthen and expand ties between the two countries.
The visit comes three days after External Affairs Minister Sushma Swaraj paid a one-day visit to the Southeast Asian nation on August 22. It was the first high-level visit to the neighboring country since the National League for Democracy (NLD) came to power.
During the visit, leaders of the Myanmar government told Swaraj that they would not allow any insurgent group to use Myanmar’s territory against India. Swaraj offered all possible help to the new Myanmar government.
Swaraj’s visit happened just days after the Indian Army had an encounter with the National Socialist Council of Nagaland-Khaplang (NSCN-K) militants in Nagaland who were trying to enter the country from Myanmar. There were reports that the Indian army had crossed over to Myanmar to pursue the militants but it was officially denied by New Delhi.
President Kyaw’s visit is important for the Indian leadership to engage in substantive talks on cross-border security issue and others.
The timing of the visit is good for both New Delhi and Nay Pyi Taw as the NLD government currently engages in holding talks with several ethnic armed groups of the country.
One major goal of President Kyaw’s government is to end decades of armed conflicts in Myanmar, which is considered the longest in the world, by holding the 21st Panglong Conference starting August 31.
Though the NSCN-K is currently not engaged in talks with the Myanmar government, the Modi government could use this visit to talk about the group.
President Kyaw’s visit also comes six days after Aung San Suu Kyi, Myanmar’s state counselor and de-facto leader, paid a four-day visit to China.
During the visit, the two countries signed agreements on economic and technological cooperation, among others, that will result in the building of two new hospitals and a strategic bridge in Kunlong, 32 kilometers from the Chinese border in northeastern Myanmar.
Another important issue of bilateral talk was on trade and investment. China is Myanmar’s largest trading partner with total two-way trade amounting to $15.6 billion in 2015. In an effort to improve bilateral ties, Myanmar has agreed to review the several dam projects invested by China and find a mutually agreeable solution.
The Chinese leadership assured the state counselor that Beijing would continue to play a constructive role in promoting a peaceful settlement to the decades-old armed conflicts in Myanmar.
In light of these developments, India, which is the world’s largest democracy, should seize the opportunity of President Kyaw’s visit to strengthen and enhance bilateral relations.
Besides the cross-border security issues, the three specific areas where India needs to focus are the education sector, institution-building and people-to-people relations.
First, the Indian government has taken initiatives such as the establishment of Language Laboratories and Resource Centre, the Myanmar Institute of Information Technology, and the Agricultural Research and Educational Centre, and the enhancement of the India-Myanmar Centre for Enhancement of IT Skills.
But few students from Myanmar, if any, attend Indian universities. The Indian government and educational institutions across India should do more to attract students from Myanmar, perhaps by offering scholarships or through exchange programs. Additionally, civil society organizations and the private sector should offer vocational trainings for short-term results.
Second is institution building which can be done in a number of ways. For example, the Indian government should invite Myanmar politicians who are new to democracy to give them first-hand experience as to how democracy works in a diverse and pluralistic society.
Myanmar politicians should be allowed to observe parliamentary proceedings, or attend courses offered by Indian universities and think-tanks on the theory and practice of democracy and federalism.
Third is improving people-to-people relations. Not only do India and Myanmar have a shared border but the two countries are also home to millions of people from the same ethnic community, separated during the creation of India and Myanmar in 1947 and 1948 respectively. Examples are the Kachin, the Kuki, the Naga and the Shan, who live side by side along the India-Myanmar border.
Moreover, the two countries also share about 1624-kilometre boundary in four Northeast Indian states — Arunachal Pradesh, Manipur, Mizoram and Nagaland. But despite this geographical proximity, cross-border contacts among ordinary people are insignificant. During Prime Minister Modi’s visit to Myanmar in 2014, India agreed to build 71 bridges along the roads used by Indian buses.
Bus service between Imphal and Mandalay, a distance of about 580 kilometers, was originally planned to start in 2012-2013 but Manipur Chief Minister Okram Ibobi Singh launched it only on December 9, 2015 as a trial run, which has not been resumed.
Similarly, the first flight service between Myanmar and Manipur was introduced in November 2013, but never followed up because of immigration and other questions. Though weekly direct Air India flights on the Delhi-Gaya-Yangon route and Golden Myanma charter flights to India were launched in November 2014, the connectivity between the two countries still remain very poor.
Reliable road links, bus and train services, the introduction of visa-on-arrival facilities at the border, regular flights and the improvement of people-to-people relations are some key areas the Indian government should prioritize for the success of its Act East Policy.