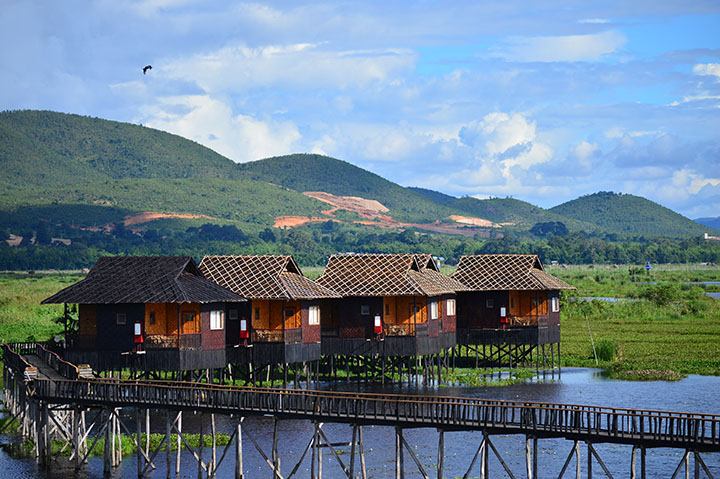 Hotels and guest houses have earned US$ 238.29 million and K 119,624 million from May to August 2019, according to the Yangon’s Regional Tourism Committee.
The committee has issued 33 hotel licenses, one temporary hotel license, as well as eight guest house licenses. Additionally, the committee has permitted construction of 18 hotels and three guest houses, with a total of 2,136 rooms, during the same four-month period.
The committee has also issued 276 inbound and outbound travel service licenses, 121 outbound travel service licenses and 218 tour guide licenses. The committee has, so far, taken in K 119,624 million and $ 238.29 million from these businesses.
Moreover, these businesses have created 2,691 jobs, according to the Yangon’s Regional Tourism Committee.
Although the hotel and tourism sectors are directed by the Union level ministry, the delegation of authority has been given to regional and state authorities after the Tourism Law was enacted in December 2018, said Naw Pan Thinzar Myo, Minister for Kayin Ethnic Affairs, as well as the vice chairperson of the Yangon’s Regional Tourism Committee.
“The power is shared with the regions and states by the union ministry. So, the regional government has announced that businessmen may apply for licenses to conduct hotel and guest house businesses in Yangon’s Region,” said Naw Pan Thinzar Myo.
The Yangon’s Regional Tourism Committee is chaired by Yangon Region Chief Minister U Phyo Min Thein, while Kayin Ethnic Affairs Minister Naw Pan Thinzar Myo acts as the vice chairperson. The officials from the related departments, such as the Ministries of Home Affairs, Religious and Culture Affairs, Labour, Immigration and Population, the Directorate of Hotel and Tourism, the Environmental Conservation Department and Yangon City Development Committee, are members of the committee.
Moreover, the committee has representatives from civil society organizations, in addition to experts in this industry. (Translated by Hay Mar)