THE Ministry of Energy has transferred most of its enterprises, except primary ones, to private companies over the past five years, according to its permanent secretary.
U Pe Zin Tun said that the government still remains the sole distributor of natural gas for local demand. No right to distribute natural gas is granted even to regional governments, he added, stressing that his ministry will continue to support private distributors.
He pledged that the ministry will place greater transparency on the production and distribution in line with its existing policies.
The ministry has privatised 261 of its 273 fuel stations since 2010, he said.
Up to date, the number of private fuel refilling stations has reached 1,228 and six storage tanks while 12 ship tankers have been granted license for distribution of fuel. 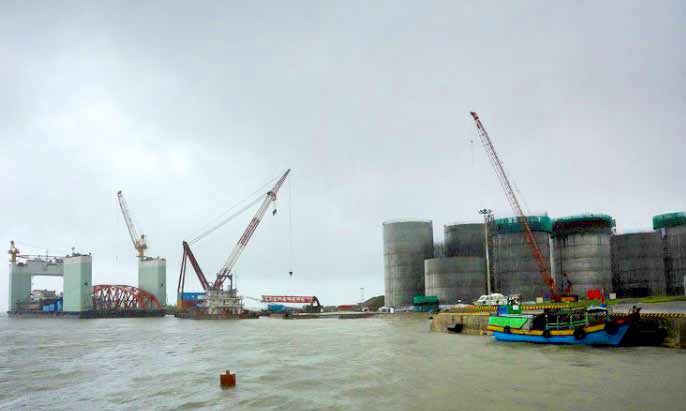 The private companies which have been permitted for importing petrol and diesel reached 406 while the Pioneer Services and the National Puma Energy Aviation Service has been granted the license for distributing aviation fuel, the permanent secretary said.
With the aim of reducing the environmental pollution and deforestation, Myanma Oil and Gas Enterprise under the ministry reached agreement with Singapore-based Ava Kahyasi Investment Pte Co and SAME Sky and Guiding Star companies owned by Myanmar nationals to cooperate in importing, storage and distribution of liquefied petroleum gas.