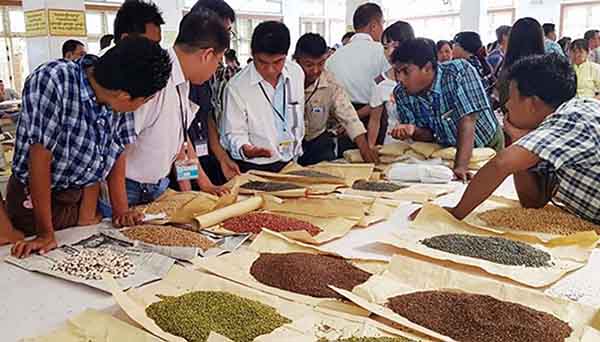 The black bean plantations yielded around 400,000 tonnes annually in Myanmar, and the bean is mainly exported to India.

According to the Yangon Region Chambers of Commerce and Industry, the domestic black bean price has jumped to over K1.08 million per tonne (Bayintnaung Commodity Depot).
Although the black bean price on 1 May was K888,500 per tonne, the price jumped to about K1,085,000 per tonne on 4 June, increasing around K200,000 per tonne in only over one month, according to the bean market data.
Black bean price has increased when India, the primary buyer of Myanmar pluses, has redefined black bean, green gram and pigeon pea bean from a restricted commodity to a free import commodity. However, the price has not reached the price that hit K1.3 million per tonne at the end of 2019.
Since 2017, India has been setting import quota on beans, including black beans and pigeon peas, under the Indian government plus foreign trade policy for 2015-2020.
At present, the Ministry of Commerce and Industry of India has issued proclamation No. S.O.1858 (E) on 15 May 2021 that the three pluses have been changed from a restricted commodity to a fee import commodity as of 31 October 2021.
The black bean plantations yielded around 400,000 tonnes annually in Myanmar, and the bean is mainly exported to India. Similarly, Myanmar has also produced about 50,000 tonnes of pigeon peas yearly and exported them chiefly to India.
The black bean, which is mainly bought from India, is grown primarily in Myanmar. Other pluses, including green gram and pigeon pea, are produced in Africa and Australia in addition to Myanmar, according to Myanmar Pulses, Beans and Sesame Seeds Merchants Association. — NN/GNLM