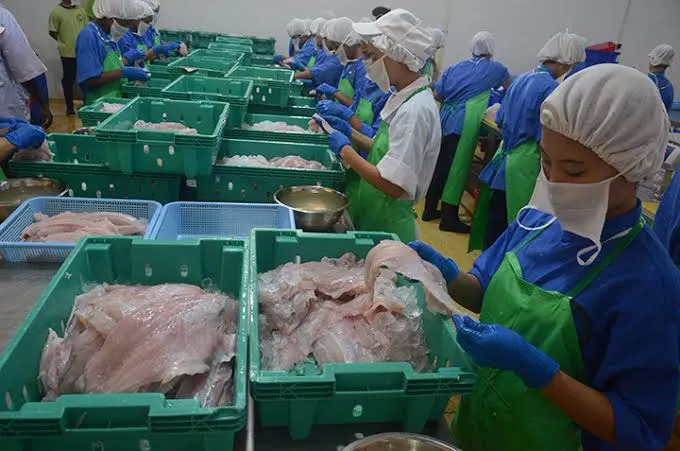 Food safety is the assurance that food will not cause harm to the consumer when it is prepared and/or eaten according to its intended use”. Foodborne diseases are widespread throughout the world. PHOTO: GNLM

What can be done to reduce the impacts of climate change?
We can responsibly manage the problems facing our environment by taking sensible steps toward protecting human health and safety. Whether measures are meant to reduce future climate change impacts or to address the health impacts of climate change that are happening already, early action provides the greatest health benefits. The most sensible thing we can do is to invest in creating the strongest climate-health adaptation and preparedness programmes. We need to make our communities less vulnerable to climate change impacts. Many communities already have programmes to address climate-sensitive health issues.
Reducing the release of heat-trapping gases like CO2 can help protect our health and wellbeing by decreasing impacts on our climate system. Activities that reduce the amount of heat-trapping CO2 in the atmosphere are many of the same things we already know prevent health problems. Active modes of transport like biking or walking can help reduce traffic-related air pollution and encourage physical activity, which has public health benefits including reduced rates of obesity, heart disease, and diabetes.

Prevention of heat aggravated disease.
In managing the health threats associated with extreme heat, there are approaches that worked. Heat wave early warning systems to communicate warnings related to heat wave risks and suggesting protective actions. Opening cooling centers where the public can gather for relief from the heat. Air-conditioning is the number-one protective factor against extreme heat, which is an essential health resource. Staying hydrated and avoiding strenuous outdoor exercise during heat alerts can protect individuals from adverse effects of extreme heat. Providing easy access to public drinking water stations, swimming pools, and public showers.
Building designs and methods and landscaping can increase energy efficiency as well as improving the ability of buildings to provide protection against extreme heat events. The green roofs (roofs with plant cover) and strategically located shade trees can reduce indoor temperatures and improve buildings’ energy efficiency. Urban forests, including street trees and wooded areas can contribute towards the mitigation of the extreme heat.
We should be mindful that increases in precipitation extremes, either heavy rainfall events or droughts, can impact our health. Warmer temperatures cause more water to evaporate into the air and allow that air to hold more water. This sets the stage for heavier downpours. At the same time, global temperatures influence the way heat and moisture move around the planet causing drier conditions to occur in some regions of the world.

Prevention of respiratory illness.
Climate change might also affect human health by making our air less healthy to breathe. Higher temperatures lead to an increase in allergens and harmful air pollutants. For instance, longer warm seasons can mean longer pollen seasons — which can increase allergies and asthma that can diminish productive work and school days. Higher temperatures due to climate change can also lead to an increase in ozone, a harmful air pollutant.
Other hazards can appear after a storm has passed. For example, a damp or flooded building can develop mold that affects indoor air quality. The poor air quality and damp conditions has been shown to increase health problems. These health problems include aggravation of asthma and other upper respiratory tract symptoms such as coughing and wheezing. They also include lower respiratory tract infections like pneumonia.
People living in drought conditions may be more likely to encounter certain dangerous situations. These can range from dust storms to flash floods. Wildfires associated with drought conditions greatly reduce air quality. This poor air quality affects people’s health in a number of ways. Wildfire smoke exposure increases respiratory and cardiovascular hospitalizations and medical visits for lung illnesses. It also increases the need for treatments for asthma, bronchitis, and other breathing problems.
When it comes to managing the health threats associated with air quality, a variety of effective public health responses are available. The most important is to keep a close watch on the air quality index, which is the level of the presence of particulate matters (PM) in the atmosphere. When the PM2.5 level is high it can be dangerous to peoples’ health. Thus in such situations, people, especially those who are allergic to pollen, should abstain from going outside as much as possible. If it is unavoidably necessary to go outside people should wear masks.

Prevention of disease caused by insects and arachnids.
The development and survival of ticks, their animal hosts, and the bacterium they carry that causes a certain disease are all strongly influenced by climatic factors, especially temperature, precipitation, and humidity. Also the worsening climate conditions are expanding the geographical area of their existence. West Nile virus is another example of a vector-borne disease that may be influenced by climate change. Preventing people from contracting West Nile virus is important, because there are no medications to treat or vaccines to prevent this virus in humans, and recovery from severe disease may take weeks or months.
In managing the public health threats associated with vector-borne diseases, sensible steps include: avoiding bug bites by using insect repellent or covering exposed skin with long-sleeved shirts, long pants, and hats; to predict and pinpoint possible hot spots for insects outbreaks, so that the appropriate measures to protect public health can be taken.

Access to safe food and water.
As droughts, heavy rainfalls and flooding due to heavy rains can be very damaging to crops and animal breedings, preventive measures such as dams, reservoirs and canals for irrigation, fresh water supply and flood controls should be put in place. Those non-governmental organizations and civil society organizations, who oftentimes oppose the construction of those infrastructure should be aware that the damages caused by the climate change greatly outweighs the adverse effects those infrastructures can cause to the environment and the society.

Safety and well-being during extreme weather.
The safety and wellbeing of the people are of utmost importance during extreme weathers. In the aftermaths of severe droughts, storms, rains and flooding, a multitude of diseases and illness will be abound. Preparations, provisions and implementations of healthcare services, rescue operations and relief works should be well planned ahead so as not be caught off-guard.

Conclusion
As I had discussed at length, how we can counter the ravages of the climate change on human health, in conclusion I have only this to say: let us be prepared for any eventuality that we could encounter due to the deteriorating climate conditions. It is learnt that in Thailand, the number of seasonal flu cases dropped noticeably and doctors attributed that to the benefits of wearing masks during the pandemic. Thus as a precautionary measure, I would like to advise that, even after the present pandemic is over, we should still wear the mask when necessary to prevent us from the ravages of climate change.

Reference:-
Fact sheets by the U S Department of Health and Human Services.