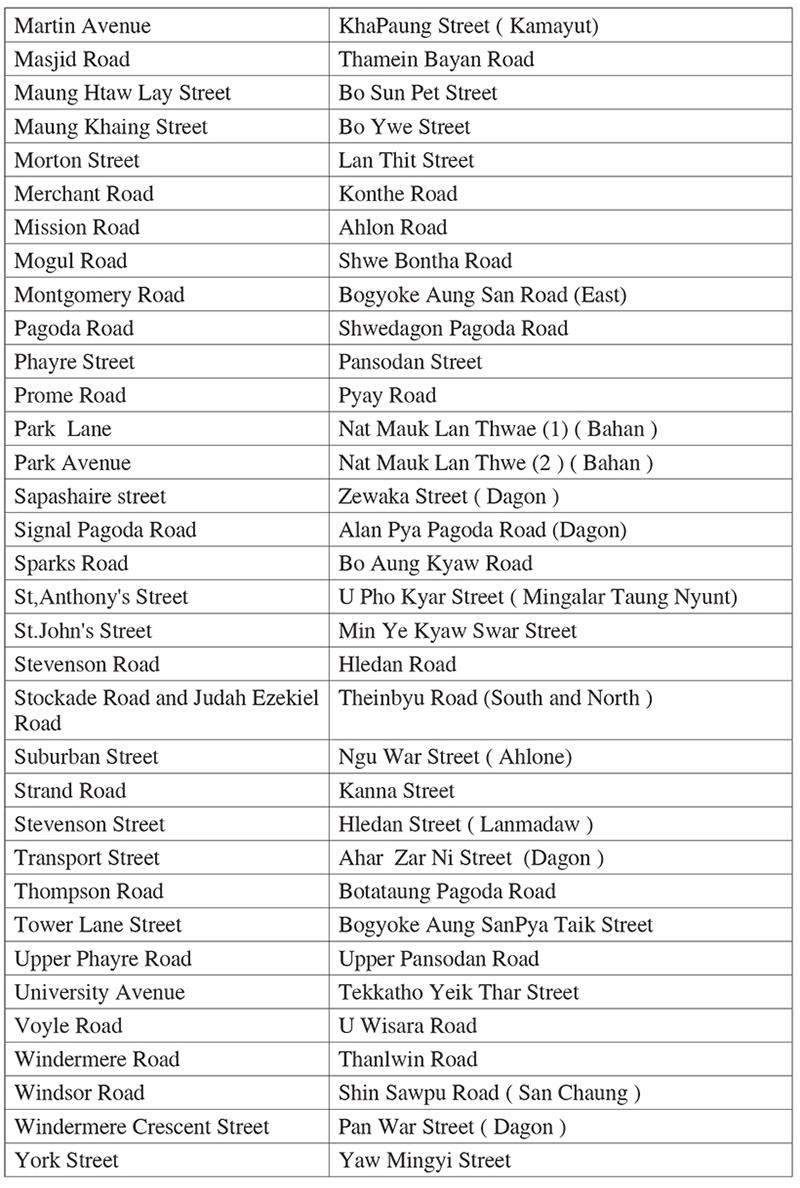 The compilation of the list was contributed by the septuagenarians who were born in Yangon (Rangoon). Some are taken from reliable reference books. Hopefully, this article will contribute to those who learn the history of Yangon. The scholars can acquire historical knowledge including the names of streets used in the past. Normally, each and every city has its own background history and the dwellers use to record or archive the things related to their native city. As we love our native city, we ought to learn or record or archive about Yangon’s former and current names of the streets, thoroughfares and roads.
This article could be informative and entertaining for the readers of both locals and foreigners who take keen interest in Yangon city. Thanks to the contributions made by Yangon city elders and reference of ollilaasanen.wordpress.