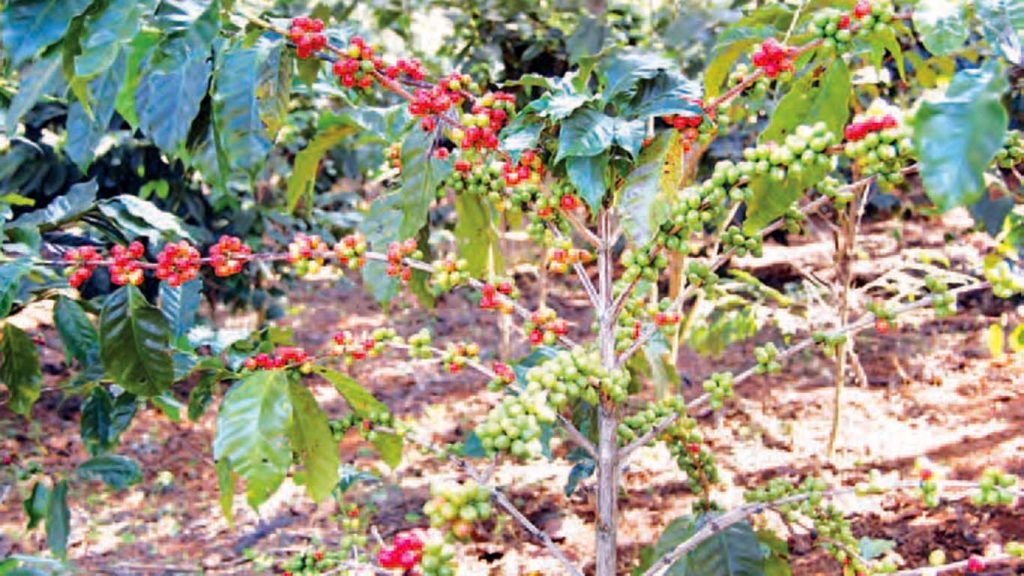 Coffee is generally regarded as one of the world’s second-most traded commodities after oil in the world.

A brief history of coffee
The origin and history of coffee date back to the 10th century, and possibly earlier with a number of reports and legends surrounding its first use.
The native origin of coffee is thought to have been Ethiopia. The earliest substantiated evidence of either coffee drinking or knowledge of the coffee tree is from the 15th century. By the 16th century, it had reached the rest of the Middle East and spread many countries in the world.
The most popular story of the discovery of coffee centers on a young goat herder in the Ethiopian province around the late 6th century. Legend has it that he noticed a strange restlessness in his flock after they had eaten the berries and leaves of an unknown plant.
Monks from a nearby monastery heard of this phenomenon, and after various trials discovered that by roasting, grinding and infusing in water the seeds of this plant, a unique beverage could be obtained. This beverage helped to keep them awake during long hours of prayer.
By and by, word of this special drink quickly spread like wild fire and it was soon drunk in coffee houses in other places. It is believed that propagation of the coffee bean had begun in Yemen and was well established by the 15th century.

Coffee-growing in Myanmar
Coffee-growing in Myanmar has a long history and it is believed that Myanmar has grown coffee since the British introduced Arabica plants to Shan State. Coffee is now an important industry.
Today coffee plants such as Arabica coffee and Robusta coffee are grown on a manageable scale in many regions including the Shan States and the Mon State in the country. Much of the country’s coffee output consists of lower-grade Robusta beans for instant coffee and export. Better quality Arabica beans grown in Shan State and other locations are mainly sold to traders at the Myanmar-China border and elsewhere for low prices.
Arabica coffee is planted in the northern and southern Shan State, Chin State, Kachin State, Kayin State, Kayah State, Sagaing Region and Magway Region.
Robusta coffee is being planted in Kayin State, Bago Region and Thanintharyi Region.
It is estimated that the Nay Pyi Taw has 396 acres, the Kayah State has 1740 acres, the Kachin State has 9812 acres, the Chin State has 562 acres, the Sagaing Region has 506 acres, the Magway has 987 acres, the Mandalay Region has
5832 acres, the Bago Region has 111 acres and the Thanintharyi Region has 279 acres respectively.
According to the data conducted in the 2016-2017 fiscal year, the quantity of coffee beam is as follow: Pwetaung farm of PyinOoLwin produced 50 kilos, Doekwin farm produced 5o kilos, Latpangone farm produced 40 kilos, Coffee Research Centre produced 100 kilos, Mogoak farm produced 20 kilos, Chaungkwe of the Shan State has produced 50 kilos, Bantkwe farm produced 30 kilos, Ywarngan farm produced 10 kilos, Shwekyarinn farm produced 100 kilos, Htayzan farm of Chin State produced 30 kilos, Natyaykan farm of Magway produced 30 kilos and Leiktho farm of Kayin State produced 40 kilos.

Process of coffee plant
Unlike some other plants, coffee plants particularly need technology and careful nurturing. It is very important to know that human resources are the main requirement in a coffee farm, followed by technology. In practice, the cultivation of coffee is a painstaking business for the entire workforce, from the manager to the manual workers. It takes time, money, expertise and technology, and like any business, sometimes has to sustain losses. But the coffee business is worth cultivating.
Gauging coffee quality
Global caffeine experts judge the quality of coffee on five criteria, specifically the body (texture in the mouth), aroma, acidity (a sharp and tangy feeling), flavor, and aftertaste. Myanmar’s coffee has scored 80 marks in international coffee quality tests according to the aforementioned criteria and so can be safely said to be on international standards. Myanmar coffee is now labeled as a specialty brand and was featured in an event at La Colombe Coffee Roasters in Washington, D.C. on 23 August 2016.

Coffee forum for Myanmar coffee
The Ministry of Agriculture, Livestock and Irrigation is working to plant 5,000 acres of coffee plantations within 2018-2030 and to produce about 15,000 tons of coffee beans by 2030. Furthermore, in the coffee forum held in Nay Pyi Taw on 17 August 2017 to boost the coffee sector in Myanmar and generate more foreign income, expert suggestions from attendants were compiled into 16 pieces of advice and a strategic plan was drafted. Coffee beans are mainly planted in Pyin Oo Lwin in Mandalay Region and YwarNgan Township in Shan State. The coffee beans are included in the GAP (Good Agricultural Practice) list of safe-to-consume coffee beans.

Organic coffee
Thandaungyi in Kayin State has been planting coffee beans for years and their organic brand of coffee will contribute to Myanmar’s coffee sector after experts and businessmen work together to promote it. Farmers who meet the sixteen points of GAP will be issued a license to produce their own coffee brand.

Ywar Ngan coffee
YwarNgan coffee beans from the Shan State are of such a high quality that they can be exported directly into the global market. YwarNgan locals used to grow native coffee plants but now also grow a high production coffee specimen. The plantation area for coffee is 7,165 acres and 4,995 acres are used for cultivation resulting in a total production of 300,000 to 500,000 viss of coffee beans.

Promoting Myanmar specialty coffee
In today’s commodity market, coffee ranks second after oil and petroleum in the market. Just as rice and lentils is the main agricultural produce and export of Myanmar, so too is coffee a high quality crop generating considerable foreign income for Myanmar. Thus everyone should work together to promote Myanmar specialty coffee even further.