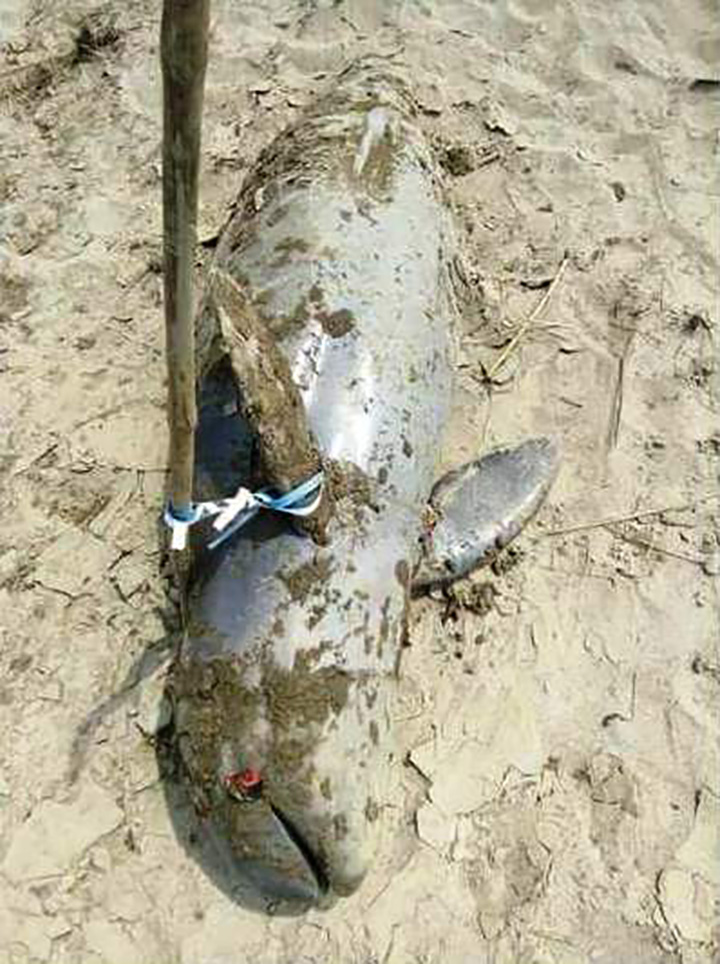 An Ayeyawady Dolphin was found dead with tail chopped off floating in the Ayeyawady River in Singu Township on 28th April.
The 6-ft long body of the dolphin was washed up on the shore of the river near Myitkangyi Village by a villager.
“We have already informed the death of the dolphin to a local Fisheries Department,” said U Maung Maug Lay
who found the fish.
The dwindling numbers of Ayeyawady dolphins, which are facing extinction, is attributed to electrocution fishing and becoming trapped in fishing nets.
A total of 72 dolphins were counted in 2011 and 2014, whereas only 60 dolphins were found in previous years.
According to 2016 February data, there were 65 dolphins in Mandalay and Bhamo towns, three died within 2016.
Ayeyawady dolphins can be found in rivers, lakes and seas across southern Asia, from the northwest Bay of Bengal, in India, to the south of Indonesia.
On this stretch of river in Myanmar the animals have developed a deep bond with local fishermen, who they work with in a generations-old partnership that has become the stuff of local folklore.
With careful choreography, locals call the animals using a throaty purr, splashing their oars and tapping on the side of the boat.
The dolphins signal they are ready to begin with a flick of a fin, before driving the fish towards the fishermen’s boats where they are scooped up by waiting nets.