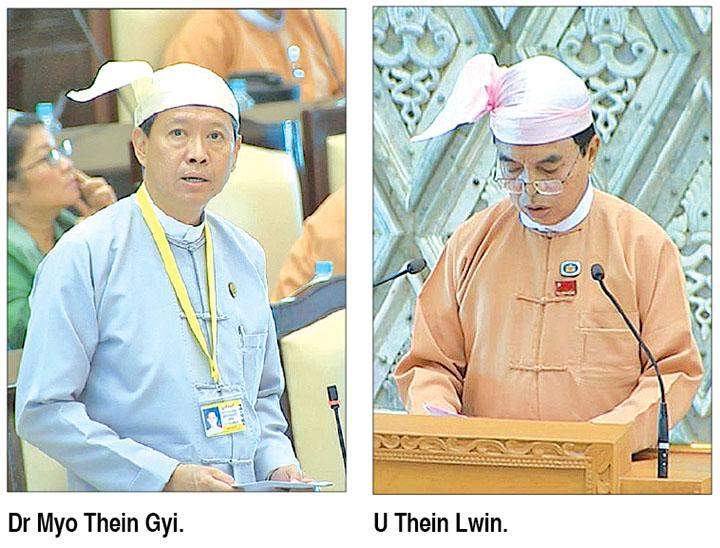 THE Amyotha Hluttaw Bill Committee read out its report on a Bill to abolish the Emergency Provisions Act during the 25th day session of the Amyotha Hluttaw yesterday.
U Thein Lwin, member of the Bill Committee, said that the committee found that the Bill should be approved as did the Pyithu Hluttaw.
In the report, Defence Service personnel Hluttaw representative Brig-Gen Khin Maung Aye suggested not revoking the Emergency Provisions Act due to present situations, saying that it should be revoked only after a new law that can protect security and interest of the country and its citizens was enacted.
The Amyotha Hluttaw decided to discuss the bill soon.
A question and answer session followed with Union Minister for Education Dr Myo Thein Gyi answering a question regarding the construction of a new school building for a BEHS (Branch) in Kyauktaw Township, Rakhine State.
The Union minister replied that a call for new school building will be taken into consideration next fiscal year in accordance with the ministry’s priority list, saying that the BEHS (Branch) has enough rooms to accommodate students.
Then, two parliamentarians held discussions on a proposal calling for the adoption of a plan to promote ethnic literature and the education sector to eliminate illiteracy among ethnic minorities.