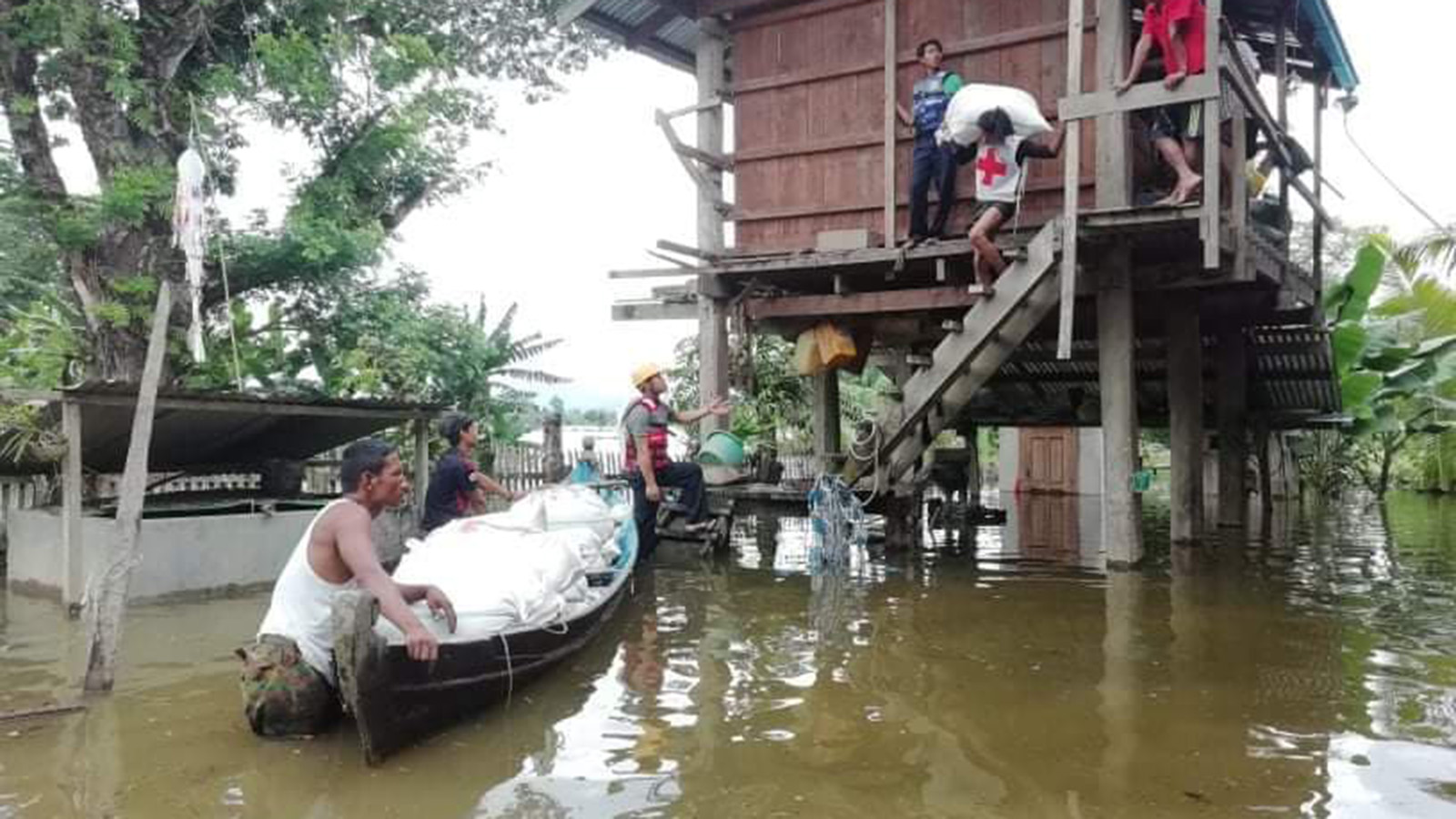 Nearly 1,700 people from 556 households in Hsinbo, Myitkyina District, Kachin State, have been evacuated from areas flooded by the swollen Ayeyawady River.
The water level in the river crossed the danger mark of 307 cm on 14 July and inundated low-lying areas of the town.
The flood victims have been accommodated at temporary shelters set up in the highland areas and monasteries.
Eight schools have been closed on account of the floods.
Aid, including food and water, has been distributed to flood victims by volunteers, including departmental officials and the Tatmadawmen.

The level is likely to rise further by about half a foot over the next one day, and remain above the danger level.
The water level in the Ayeyawady River has crossed the danger mark by about 1 foot at Katha. It may rise further by about one foot during the next two days, and remain above the danger level.
The Meteorological and Hydrological Department has advised people settled near riverbanks and low-lying areas in Shwegu, Katha, and Khamti townships, to take precautionary measures. — IPRD