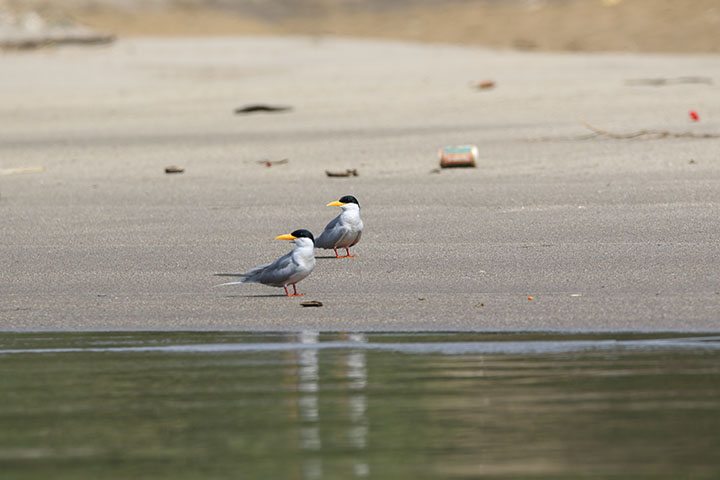 Some 89 river terns, one of the endangered species, were researched in 2018.
According to the IUCN Red List, some 101 river terns and 29 nests were recorded in 2017 along Chindwin River and Ayeyawady River. In 2018, the number of river terns increased remarkably. Some 89 river terns, 23 nests and 43 small baby birds were recorded in 2018. But this year, we cannot research some areas of Ayeyawady and Chindwin Rivers because of human instigation, said Ko Naing Lin, in charge of Ayeyawady Delta conservation from the Wildlife Conservation Society (WCS) (Myanmar).
River terns mate in February and May. They usually breed in colonies along less accessible areas such as sandbanks in rivers. They keep laying eggs close to each other, said Htin Lin Kyaw, assistance researcher from WCS (Myanmar).
“River terns usually move their nests when they face a threat. They usually lay two or three eggs per nest. They hatch and emerge into a small body in 20 or 25 days and their body hair grows within 24 hours. They start to fly over 30 days,” Htin Lin Kyaw added.
Recently, the Forestry Department erected an educational board to spread awareness campaigns among local villagers and is researching the conservation of river terns in cooperation with WCS (Myanmar).